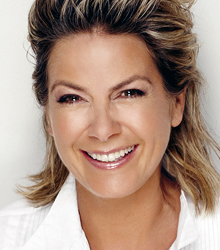 Penny Smith began her media career as a reporter and feature writer on the Peterborough Evening Telegraph. After four years, she left to backpack through Central and South America and South East Asia where she reported and presented on a current affairs programme for Radio Television Hong Kong. In 1984 she joined Radio Trent as a reporter & presenter, then worked for Central Television as press officer for documentaries and drama.

Following this, Penny co-presented the news on Border TV and then went on to Thames News where she presented with Andrew Gardner. Now an established television and radio presenter, news reader and journalist, Penny Smith moved to Sky before becoming a presenter on GMTV in 1993 where she stayed until 2010.

Penny regularly stands in on the Radio 2 Friday Night Arts Show and writes for a number of national newspapers and magazines. Due to her love of opera she has presented an opera show on Classic FM and presented the 'Kiri Prize' on Radio 2, a nationwide hunt to find an opera star on Radio 2.

Penny Smith is a versatile, experienced and charismatic corporate awards host and presenter, she is also an adept and sought-after conference host and facilitator.

Clients often ask about purchasing books for giveaways and delegate packs. Below you’ll find a selection of products by Penny Smith. Click the images to view on Amazon's website. For bulk orders, please speak with your Booking Agent.

How to book Penny Smith for your event