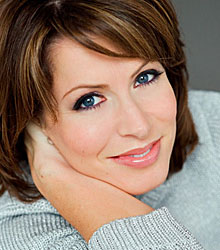 Natasha combines the best of television news and lifestyle presenting. In November 2002 Natasha joined the BBC to present Breakfast, working alongside Dermot Murnaghan.

She has the authority and rigor to anchor the News but also the empathy and warmth to host magazine shows such as Sky One's Lorraine and Carlton's London Today. Her talents have led a national newspaper to applaud her 'sensitive but no nonsense style'.

During her career Natasha has broken national and international news stories and conducted hundreds of interviews from politicians to pop stars. She has fronted lifestyle programmes ranging from fashion to live colonic-irrigation and presented with colleagues as reputed and diverse as Alastair Stewart and Sacha Baron Cohen.

After leaving Oxford, Natasha worked in the press offices of Neil Kinnock and John Smith before answering an advert to present early morning bulletins. Her talents were soon recognised and within 6 months she was anchoring Meridian's evening news programme and within 12 months was invited to host Carlton's London Today and London Tonight and their political programme Seven Days. In November 2000 she joined Sky News and became a leading member of the team at the front of the Bafta award-winning Best News Channel of the Year.

In 2017 Natasha Kaplinsky was awarded an OBE in the Queen’s Birthday Honours List for services to Holocaust Commemoration.

How to book Natasha Kaplinsky OBE for your event

One of the UK's premier broadcasters and presenter of BBC's Crimewatch

One of the UK's premier broadcasters and presenter of BBC's Crimewatch