Book Paul Harris aka Harry the Piano add to shortlist 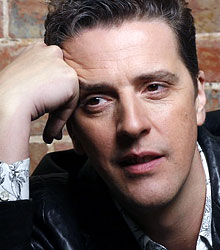 Book Paul Harris aka Harry the Piano
add to shortlist
About

Perhaps best-known in the 1990s as the resident pianist on Channel 4's The Big Breakfast, Harry has accompanied artists as diverse as Willard White, Gloria Hunniford and All Saints on a variety of radio and television shows. He also formed (and played in) the band for Johnny Vaughan's Saturday night chat show.

Spotted early in his career whilst the resident pianist at London's Groucho Club, Harry was given a regular slot on Richard Baker's Melodies for You on BBC Radio 2, where he gave his first renditions of the Neighbours theme in the style of Rachmaninov and Match of the Day as a Strauss waltz. His appearances at the Groucho Club put him in contact with most of the film stars, actors and producers in town. As a result he was invited to perform at numerous celebrity parties including the launch of Stephen Fry's book The Liar, and found himself teaching Beau Bridges how to fake an arpeggio before his performance in The Fabulous Baker Boys.

Harry is also a skilled composer and arranger, having cut his teeth writing syllabus music for the Royal Academy of Dancing and jingles for Soho advertising company Ronnie Bond Music, including those for international campaigns for Mastercard, Douwe Egberts and Lucozade. Television scores followed for BBC 2 and Channel 4. Following a recent performance on BBC Radio 3's 'Kit and the Widow' programme, Harry also performed his cabaret show on the maiden voyage of the Queen Mary II in January 2004 which was so successful that he was immediately re-invited.

Recently Harry's solo cabaret show has been seen all over the world on luxurious liners (Crystal cruises, Seabourn and QE2), sold out the 2000-seater Portsmouth Guildhall for two nights and made a triumphant debut at Pizza on the Park, the best cabaret venue in London where he also sold out for two nights.

Harry also keeps his hand in on the session scene most recently recording piano and keyboards on Simply Red's latest album 'Home' and the Emma Bunton single 'Something So Beautiful'. Harry is perhaps happiest playing to the classical crowd, who appreciate Beethoven's Moonlight Sonata mixed with Cole Porter's Night and Day, Irving Berlin's Cheek to Cheek in the style of Mahler and mini-lectures, such as 'How Mozart would have arranged Happy Birthday'.

Harry's technique has been variously described as 'formidable', 'staggeringly virtuosic' and 'phenomenal', however one journalist noted that 'if Harry had espoused the concert platform, we would have undoubtedly had another great pianist, but we would have lost his unique ability to entertain'.

The best damn pianist in the civilised world

His phenomenal talent, unobtrusive charm and wit are a delight.

You practise all your life and think you can play the piano. Then you hear Harry.

Hearing is believing... a magician with a piano!

Harry is a National treasure.

Harry can play anything, anywhere, any time – when he played with Elvis Costello, it was an entertainment high point of my life. He can work any theme into any song. He's unique, you'll love him!

Tags for Paul Harris aka Harry the Piano