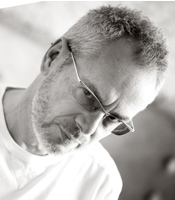 Best known for the tracks I Won’t Let the Sun Go Down on Me, Wouldn’t It Be Goo and The Riddle, Nik Kershaw has been described by Elton John as “the best songwriter of a generation”.

In 1984, Nik Kershaw released his breakthrough song, Wouldn’t It Be Good
which reached No. 4 in the UK charts for five weeks and was a big success worldwide. His debut album Human Racing quickly followed and achieved platinum sales and three more Top 20 hits.

During this time, Nik toured extensively with his backing band The Krew. Nik’s second album The Riddle was released later the same year and went on to become another multi-platinum hit record spawning two more UK Top 10 hits, Wide Boy and Don Quixote,

He has also featured with Tony Banks from Genesis and recorded a self penned duet with Elton John but didn't return to making his own records until 1998 when he released the critically acclaimed 15 Minutes through Eagle Records. This was followed by the equally well received To Be Frank in 2001.

In recent years, Nik has toured the UK & Ireland with other popular 80s acts such as Go West and Carol Decker and performed at numerous 80s revival events and festivals.

Clients often ask about purchasing books for giveaways and delegate packs. Below you’ll find a selection of products by Nik Kershaw. Click the images to view on Amazon's website. For bulk orders, please speak with your Booking Agent.

How to book Nik Kershaw for your event