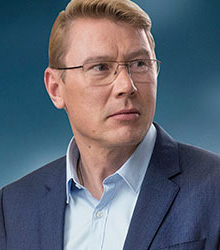 Double Formula One world champion Mika Hakkinen scored back-to-back titles in 1998 and 1999 as lead driver for the all-conquering McLaren-Mercedes Benz team, achieving unprecedented success in a career that was almost cut-short a few years previous following a serious crash at the 1995 Australian Grand Prix.

With 20 Formula One race victories and 51 top-three podium finishes to his credit, Mika ranks among the most successful drivers of all time. His performances remained at their peak until he opted for a sabbatical after another accident in 2001. He subsequently decided to retire from Formula One at the age of 33.

Today Mika Hakkinen remains closely involved in Formula One through a number of brand ambassadorships and business interests within the sport, and is regarded as one of the most accomplished drivers of the modern era.

How to book Mika Hakkinen for your event