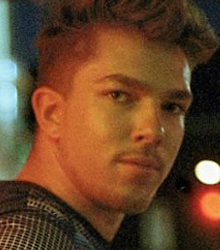 Matt Terry auditioned for the thirteenth series of The X Factor in 2016, singing a cover of Ben E. King's "Stand by Me", which earned him the maximum four yeses from the judges and he was subsequently mentored by Nicole Scherzinger. Matt ended up in the bottom two in week 9 but three of the four judges voted to save him.

On 11 December 2016, he was crowned as the winner of The X Factor 2016. He immediately released his winner's single, "When Christmas Comes Around", an original song written by Ed Sheeran, which reached number 3 in the UK charts. Following his win, Terry signed with RCA Records and has gone on to release further music, including featuring on a remix of Enrique Iglesia’s “Subeme La Radio”, which also features Sean Paul.

How to book Matt Terry for your event