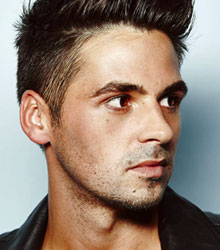 It was June 2014 when Ben Haenow, who was then working as a van driver in Croydon auditioned in Newcastle for the 11th series of the X Factor. Despite his nerves, he won over the judges with his rendition of Bill Withers’ “Ain’t No Sunshine”, receiving 4 “yes” votes. Simon Cowell told him he couldn’t believe he didn’t already have a record deal.

In September, he wowed the judges again in his arena audition, performing the Rolling Stones’ “Wild Horses” in front of 5,000 people at the Wembley Arena. Once more he secured 4 “yes” votes and much praise for his raspy vocals and charismatic performances, and went on to progress all the way to the final. He was never in the bottom two, and ultimately Ben won on the public vote after his his incredible duet with Ed Sheeran.

Immediately after his win, Ben signed a record deal with Simon Cowell’s Syco Music. His winner’s single, “Something I Need”, made the 2014 Christmas No.1.

How to book Ben Haenow for your event