Book Will Young add to shortlist 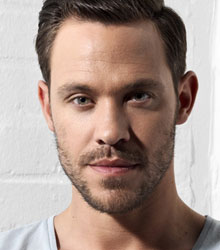 Book Will Young
add to shortlist
About

William Young studied at Exeter University from age 19 and received a 2.2 in politics. He finished in the summer and moved from Hungerford to Ladbroke Grove in a rented apartment with friends from school. His singing started at University in theatrical productions as well as appearing on the catwalk in fashion shows and the occasional photographic work.

On February 9, 2002, and after 4.6 million votes, Will Young became the winner of Pop Idol, the successful U.K. live entertainment TV show. Soon, his debut single 'Anything Is Possible/Evergreen', released on February 25, 2002, became the fastest-selling single in the U.K., a title previously held by Band Aid's 1984 hit 'Do They Know It's Christmas?'.

Young studied politics at Exeter University before moving from Hungerford, Berks, to London. His musical passion grew while studying musical theater at the Arts Educational School in Chiswick. Before making his first record, featuring Westlife's 'Evergreen' and 'Anything Is Possible', Young performed the Doors classic 'Light My Fire' to one of the largest and youngest TV audiences ever.

How to book Will Young for your event

Tags for Will Young