TV presenter (I’m A Celebrity Get Me Out Of Here Now!) 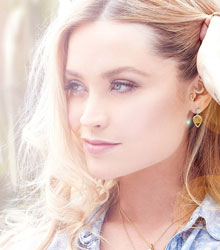 Laura Whitmore is an Irish presenter best known for presenting I’m a Celebrity...Get Me Out of Here! Now! on ITV2 and her work for MTV Europe. After gaining a degree in journalism and editing Dublin City University student magazine, Laura Whitmore began her career in the media as a researcher on Irish national radio station Newstalk.

In 2008, Laura entered the MySpace/MTV Pick Me competition and beat 3000 other hopefuls to win a coveted MTV News role on the international music channel. Laura quickly proved herself adept at life in front of the camera and was rewarded with a permanent role on the network. Reporting from music and film festivals around the world, Laura has interviewed some of the biggest names in show business from Coldplay to Michael Caine, Robert Downey Jr to Justin Bieber.

November 2011, saw Laura offered her biggest show to date on ITV2’s primetime series I’m A Celebrity Get Me Out Of Here Now! Anchoring the series and keeping co-hosts Joe Swash and Russell Kane in check as well as daily chats on the show with Ant & Dec.

2012 was a great year for Laura, not only carrying the Olympic torch she also returned to the jungle to host a second series of I’m a Celebrity Get Me Out of Here Now for ITV2. In addition for she fronted the Brits two hour Live coverage for the channel and The Beat which was broadcast live each night throughout the Olympics alongside Dave Berry and Darren McMullen.

2013 also saw Laura host backstage at the Brits again for ITV2 and the LIVE on line coverage for BAFTA. She has also filmed packages at the Military Defence Animal Centre for ITV’s British Animal Honours.
Throughout this she has continued to be a face for MTV and host live coverage of festivals including Wireless and Ibiza Rocks.

How to book Laura Whitmore for your event