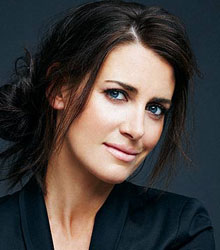 Kirsty is a long standing presenter for Sky Sports News and is a consummate professional sports broadcaster. Her aptitude for covering a diverse range of sporting events throughout the year including the Ryder Cup and Wimbledon are what make her a highly respected sporting reporter. Kirsty also has a lighter side and this showed co-hosting Soccer Aid with Dermot O'Leary for ITV1; the charity football match which pitted celebrities against legendary footballers.

Aside from her work with Sky Sports, Kirsty has co-presented Gladiators alongside Ian Wright for Sky One, The Games for Channel 4, following her triumph as a contestant in the previous series and the All StarCup for ITV1/ITV2, live from Celtic Manor in Wales. In addition, Kirsty has presented live feeds for Sports Relief and had her own series for Sky One including Kirsty's Home Video's and TV Meltdown.

2015 saw Kirsty take part in the hugely popular BBC One’s Strictly Come Dancing with partner Brendan Cole. She made it to the 6th week of the competition and was highly commended by the judges, despite having never danced before!

When she is not working, Kirsty likes to keep fit. She is a keen athlete and excels in a number of sports including swimming, sprinting, golf and tennis. Owing to her genuine sporting prowess, Kirsty was named the face of women's sporting clothing brand USA Pro and she is also the ambassador of the Lawn Tennis Association's Cardio Tennis. Scottish by birth, Kirsty now lives in Surrey with her family.

Kirsty Gallacher's appearance at the dinner was hugely appreciated by our BMW colleagues and their guests, who thoroughly enjoyed her company, and join me in conveying their very sincere collective and individual thanks.

How to book Kirsty Gallacher for your event