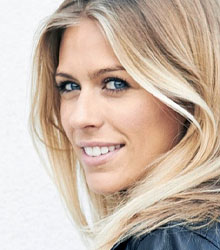 Nicki Shields is the face of BBC’s FIA Formula E Championship, the electric street racing series, as well as the anchor for Supercharged on CNN, CNN’s Going Green, and is a presenter for the GQ Drive Time.

She is regularly seen across broadcast channels including ITV, BBC, Channel 5 and Sky Sports and was the first female member of the media to drive the Formula E race car.

She also launched a YouTube page in 2017 and has created a series ‘Shields Drives’ for her channel. As part of this endeavour she proudly earned her International Category B racing driver license and raced against Roborace; the autonomous race car – and won!

As well as being a petrol head, Nicki is proud to be a Science Communicator. Just as at home in the lab fueling her curiosity as she is chucking a rucksack on her back and climbing up Kilimanjaro, Nicki is an all rounder who loves a challenge and holds a degree in Biological and Zoological Sciences.

Nicki has investigated a number of environmental issues including farming, GM crops sustainability, electric cars, global warming and has met with many top scientists and MPs along the way whilst working as a daily online reporter for the month long science expedition to the South Pole, ‘Willis Resilience’.

Nicki Shields is a seasoned live events, awards and conference host, having taken to the microphone for a multitude of big brands and events, including the GQ Car Awards, The Gadget Show Live, the FIA Sports Conference and Ignition Festival and has hosted corporate events for brands including Mercedes, BMW, Audi, Shell, Pirelli, RBS, Visa, Intel and LG.

How to book Nicki Shields for your event