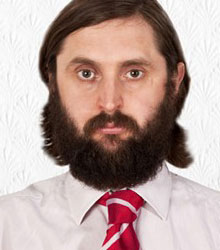 Joe Wilkinson began his comedy career in 2004 and has supported Stephen Merchant, Alan Carr and Russell Howard on tour, earning him critical acclaim and taking him on to become an award winning comedian and comedy actor.

Joe's lo-fi delivery, knowingly shabby stage presence and hilarious self-depreciating material have made him one of the funniest stand-ups of the new generation.

Joe plays the lonely, socially awkward neighbour Dan in Him & Her and has also written and starred in his own radio show Mash on BBC Radio 2 (series 1) and BBC Radio 4 (series 2). He has won the Hackney Empire New Act of the Year and appeared as a panellist on 8 Out of 10 Cats, Have I Got News For You, Never Mind The Buzzcocks, Mock the Week and has also become a regular in the 8 Out of 10 Cats spin-off show 8 Out of 10 Cats Does Countdown as the assistant of Rachel Riley in the second half of the show. He has also appeared on Russell Howard's Good News, The Rob Brydon Show and Miranda.

In 2008, 2009 and 2010 Joe Wilkinson took his own sketch show up to the Festival ‘Two Episodes of Mash' with Diane Morgan. The pair received great reviews and praise for the shows. Then in 2011, Joe took his first solo stand up show, My Mum is Called Stella and My Dad is Called Brian, to the Edinburgh Festival and then later on a national tour ending in December 2011.

Brilliant! Fantastic and very professional. The client was really pleased

How to book Joe Wilkinson for your event