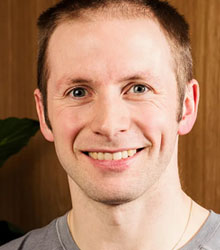 Jason Kenny is the holder of most Olympic gold medals and medals for a British athlete, seven and nine respectively. His wife, Laura Kenny, holds the same records on the female side, and together they are the most successful married couple in Olympic history where both spouses have won at least one gold medal (with 12 gold and 3 silver medals between them).

His seven Olympic gold medals place him joint 15th by reference to gold medals won in the Summer Olympic games since 1896. He is the single holder of most Olympic golds and medals for a cyclist.

Jason was talent-spotted whilst riding for his local Go-Ride Club and has since followed the paths of the British Cycling Podium Programmes, rising through the Talent Team, the Development and Academy Programmes before finally earning his place on the prestigious Podium Programme in 2008.

Having won numerous World and European titles as a junior, Jason took a massive leap in 2008 when he was selected for the Olympics squad and found himself on the plane to Beijing. After putting in some strong times during training, he was selected as Man Two for the Team Sprint, alongside seasoned Sprint riders Jamie Staff and Chris Hoy, giving Jason Kenny his first taste of Olympic victory at just 20 years of age.

Another Olympic medal was soon to follow in the form of a Silver medal in the Sprint, where he competed against Chris Hoy and narrowly missed out in the final. Jason certainly gave Chris a run for his money, with Chris Hoy commenting after the race that “Beating him was really tough - it was probably the hardest race of my life”.

Jason Kenny was awarded his first world sprint championship title in 2012 (for the 2011 championships) after Frenchman Gregory Bauge was stripped of the title after infringing anti-doping rules. In 2012 Kenny and Bauge found themselves in the Sprint final once again at the world championships in Melbourne. Bauge came out on top, but only after some brave and innovative tactics from Kenny. Kenny then followed up by winning bronze in the Keirin a couple of days later.

At the London 2012 Olympic Games Jason Kenny won gold in the team sprint with Chris Hoy and Philip Hindes, setting a new world record in the London Velopark. He also won gold in the Men's sprint final, avenging his previous losses to Bauge with a time of 10.308s in his final lap.

Clients often ask about purchasing books for giveaways and delegate packs. Below you’ll find a selection of products by Sir Jason Kenny CBE. Click the images to view on Amazon's website. For bulk orders, please speak with your Booking Agent.

How to book Sir Jason Kenny CBE for your event