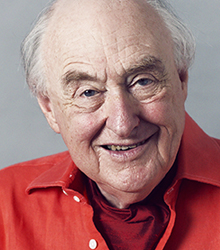 His distinctively rich, cut glass voice and his vividly eccentric observations of life on and off the pitch, have made him a household name, not only in Britain but around the world wherever cricket is played. Blowers has been close to the heart of the game for over fifty years and his career has taken him to the far corners of the earth, each journey delivering a bounty of classic stories about the games much loved characters, and the countries they visited.

Having spent recent years touring the UK and internationally with his solo show. Henry is adept at entertaining large audiences with fascinating, hilarious, anecdotes all delivered in his own inimitable style.

Whether a short feature, or a longer address, Henry Blofeld is the ideal speaker for an occasion that demands class, performance and entertainment.

It couldn’t have gone any better. Henry Blofeld was an absolute delight and everyone loved him.

Clients often ask about purchasing books for giveaways and delegate packs. Below you’ll find a selection of products by Henry Blofeld. Click the images to view on Amazon's website. For bulk orders, please speak with your Booking Agent.

How to book Henry Blofeld for your event