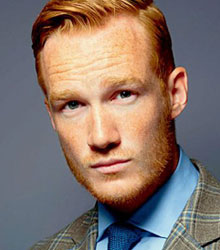 Greg Rutherford is an Olympic, World, European, Commonwealth and British champion. Greg is the only sportsman on the planet to concurrently hold all major titles, further cementing himself as one of the all-time sporting greats.

An integral part of possibly Britain’s finest sporting hour, Greg Rutherford rose to stardom in 2012 when he lit up the Olympic stadium at the London Olympics, leaping to Long Jump Gold on ‘Super Saturday’ which despite the numerous other accolades he has since won, is still referenced as his finest sporting achievement.

Excelling across a variety of sports in his younger years, Greg had trials for Aston Villa FC before deciding to pursue a career in athletics and his decision was vindicated almost immediately when aged just 18, he became the youngest ever British long-jump champion. The same year he gave the athletics world a glimpse of what was to come by winning the European junior championships setting a new British junior record of 8.14m and the rest as they say, is history.

Fast forward to 2012 and competing at the London Olympic Games, Greg produced the performance of a lifetime. With Jess Ennis having just won gold and in the midst of Mo Farah securing his gold medal, Greg sent the crowd into ecstasy by producing a jump that left the rest of the field in his wake.

Firmly stamping his authority on the event, Greg led from round two and then produced a fourth round jump that defeated the field and cemented his place in history as ‘Super Saturday’ was conceived. It was the first time that three gold medals had been won by British Athletics in the same Olympic Games and were all within one hour of each other inside the stadium propelling Greg to a national hero and household name.

Proving any sceptics wrong, Greg followed this performance with a stellar year in 2014 when at another home Games in Glasgow, he become the Commonwealth champion and just a month later, again produced a stunning display to repeat his success by winning another gold medal in Zurich to become European champion. Viewed as the man to beat, Greg then produced the biggest jump of the year and his lifetime to become the British Long Jump record holder with an astonishing leap of 8.51m which also made him the World’s number 1 ranked Long Jumper, a position that he has retained ever since.

With 2015 proving to be a continuation from 2014, Greg was once again the man to beat but once again, showed his class as he wrote himself into the history books, this time winning the World Championships in Beijing and joining a very elite club of legends that have concurrently held every major title of the sport; Olympic, World, European and Commonwealth as well as being the British and IAAF Diamond League champion.

Away from the track, Greg featured on a Royal Mail postage stamp, had two post boxes in his home town of Milton Keynes painted gold in his honour and was presented with an MBE from Her Majesty the Queen but his proudest achievement is becoming a father for the first time in 2014.

An eloquent, articulate and charming individual that delivers on and off the track, Greg has a passion for baking, love for animals and a desire to help those less fortunate which is reflected in his role as an ambassador for disadvantaged children’s charity Right to Play.

How to book Greg Rutherford for your event