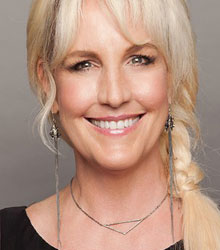 Erin Brockovich grew up in Kansas, the youngest child of an industrial engineer and a journalist. After graduating from Lawrence High School she attended Kansas State University then moved to Dallas, Texas, where she earned her Associate in Applied Arts degree at Wades Business College.

In 1991, after being seriously injured in a traffic accident Erin hired Jim Vititoe of Masry & Vititoe to handle her insurance case. Not long after the case was resolved, she was hired to work at the law firm as a file clerk. While organising papers in a pro-bono real estate case, Erin Brockovich found medical records in the file that caught her eye. After getting permission from one of the firm's principals, Ed Masry, she began to research the matter.

Erin's investigation eventually established that the health of countless people who lived in and around Hinkley, California, in the 1960's, 70's and 80's had been severely compromised by exposure to toxic Chromium 6. The Chromium 6 had leaked into the groundwater from the nearby Pacific Gas and Electric Company's Compressor Station. In 1996, as a result of the largest direct action lawsuit of its kind, spearheaded by Erin Brockovich and Ed Masry, the giant utility paid the largest toxic tort injury settlement in US history: $333 million in damages to more than 600 Hinkley residents.

The movie's great success led to numerous awards and nominations, including 5 Academy Award nominations and one win. Steven Soderbergh was nominated for an Oscar for Best Director, and Julia Roberts won an Oscar, a Golden Globe, and a BAFTA Award for Best Actress for her portrayal of Erin.

From the exposure of her movie, Erin Brockovich became a reluctant public figure. Over time, she realised she could use her notoriety to spread positive messages of personal empowerment and for her to encourage people to stand up and make a difference. In 2002 she published her book entitled "Take It from Me, Life's a Struggle, But You Can Win”.

Erin Brockovich is now one of the most requested motivational speakers and keynote speakers in the USA. She travels the world making personal appearances, spreading motivational messages, telling her story and personal life lessons.

It was great! Everyone loved Erin Brockovich, we had so much fun with her, & she is so very nice. She's been the talk of the conference.

Thank you for speaking at Genentech today. I was lucky enough to be front of the room to see you. Your wit, humour and candidness was so appreciated that I wanted to write you and thank you for doing what you do. I believe you left a lasting positive impression on all of us about hope and trying the best we can each day.

It was a HUGE success!!!! The entire event, including the luncheon, exceeded our expectations! Loved meeting Erin Brockovich - her speech was EXCELLENT!!!

I have just returned home from the Manchester BIBA Conference 2009 and found your speech the most inspirational and heartfelt I have listened to in many years. It has certainly made me take stock of my own RAM and re-evaluate my priorities.

Clients often ask about purchasing books for giveaways and delegate packs. Below you’ll find a selection of products by Erin Brockovich. Click the images to view on Amazon's website. For bulk orders, please speak with your Booking Agent.

How to book Erin Brockovich for your event