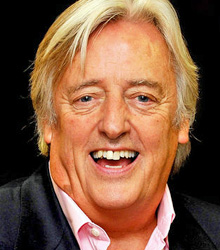 One of the most venerated legal minds of our time, Michael Mansfield QC - the self-styled 'radical lawyer' - has represented defendants at criminal trials, appeals and inquiries in some of the most high profile controversial legal cases and miscarriages of justice the country has seen, particularly where issues of civil liberty have arisen.

Barry George, wrongly accused of killing TV presenter Jill Dando; the family of Stephen Lawrence; the families of victims at the Bloody Sunday Inquiry; the family of Jean Charles de Menezes, shot by the Metropolitan Police in 2005 and Mohammed Al Fayed in his pursuit of the truth surrounding the death of his son, Dodi, and Princess Diana in 1997. Michael also chaired an Inquiry into the "Shoot to Kill" policy in the North of Ireland at Cullyhanna.

Michael Mansfield was educated at Highgate School and Keele University. He was called to the Bar in 1967 and established his own Chambers in 1984, becoming Queen's Counsel (QC) in 1989.

In court, his willingness to push boundaries and a passionate fearlessness can intimidate some. However, possibly as a result of this sheer dedication and fight for an individual's rights, Michael's list of former clients reads like a who's who of victims of institutional, political and legal discrimination: Angela Cannings, the acquitted 'cot death' mother; Tahira Tabassum, acquitted widow of the first British suicide bomber in Israel; the Orgreave miners who were unjustly accused of riot during the miner's strike in 1984; the Birmingham Six, who were released in 1991, nearly sixteen years after being wrongly convicted; James Hanratty, hanged in 1962 for murder; 'spy' Michael Bettany; the Bradford 12 and the Newham 7 against the National Front; robbers in the Knightsbridge Heist; Iraqi dissidents fleeing Saddam Hussein; Palestinians charged with the Israeli Embassy bombing in London and Ruth Ellis, the last woman to be hanged in Britain.

Away from the courts, Michael Mansfield has presented a number of television documentaries and series, including "Presumed Guilty" for BBC1. He is a regular contributor to television and radio current affairs programmes and was a panel member of The Moral Maze for many years.

Michael has also published numerous articles for all the major broadsheets and law journals, a children's book 'The Whale Boy' and 'The Home Lawyer' - a legal handbook.

Michael Mansfield QC is a highly sought-after, charismatic and captivating public speaker. He has a relaxed and approachable demeanour about him with a quirky brand of anarchic humour. He has been described as "a man who has devoted his life to securing the liberty of others and put as much passion and energy into his life as his work, one of the great personalities of our time".

Michael has also given a number of talks at theatre venues around the country in a series entitled "An Audience with..." His 2009 publication 'Memoirs of a Radical Lawyer' was a best-seller. In 2011, he participated in a number of TV and film documentaries – on Bloody Sunday, Legal Aid, Lockerbie, Human Rights Act and Forensic Science.

Whether it's a keynote business presentation or a light-hearted after dinner speaking engagement, Michael Mansfield QC delivers captivating, inspiring, witty and thought-provoking speeches on a wide range of topical and current affairs themes.

Clients often ask about purchasing books for giveaways and delegate packs. Below you’ll find a selection of products by Michael Mansfield QC. Click the images to view on Amazon's website. For bulk orders, please speak with your Booking Agent.

How to book Michael Mansfield QC for your event