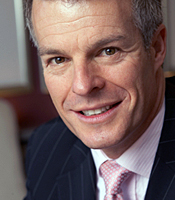 Nick Freeman is the man who helped Sir Alex Ferguson hang onto his driving licence after telling a court the United manager only drove on a motorway hard shoulder because he urgently needed the loo. And he ensured David Beckham escaped a driving ban by convincing a judge the soccer star was speeding to avoid the paparazzi.

Little wonder then that Nick Freeman is Britain's highest profile lawyer, or that he has been nicknamed Mr Loophole by the press for his uncanny ability to win cases on the tiniest legal technicalities. And it's no surprise celebrities keep his number on speed dial in case they find themselves in trouble with the law.

Nick's career as a criminal defence lawyer has been nothing short of stratospheric. He has won more cases and attracts more media attention than any other lawyer practising in this country today.

His roll call of stellar clients includes Jimmy Carr, Colin Montgomery and Ronnie O'Sullivan. Famous for forming winning, quirky and innovative defences - even when a case appears indefensible - he has revolutionised the way which law, particularly motoring law, is practised.

As an after dinner speaker, Nick Freeman thrills audiences with punchy and powerful stories from his legal career. Since his client base ranges from actors and sporting heroes to pop stars and captains of industry he has countless tales to tell of defending the rich and famous.

A newspaper columnist and author of The Art of the Loophole (published by Hodder in Spring 2012), Nick isn't afraid to criticise and confront the judiciary and the constabulary. His unflinching views often make newspaper headlines.

Nick Freeman's extraordinary success has made him much in demand as a motivational speaker. He believes the guiding principles which have been key to his success can be applied to any area of business and industry. Growing and exploiting a brand, finding a niche in a competitive market place, using the media and effective rainmaking are some of the topics he covers in his dynamic presentations.

Clients often ask about purchasing books for giveaways and delegate packs. Below you’ll find a selection of products by Nick Freeman. Click the images to view on Amazon's website. For bulk orders, please speak with your Booking Agent.

How to book Nick Freeman for your event