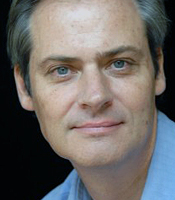 David Faber is an acclaimed historian, writer and was, for ten years, the Conservative MP for Westbury (1992-2001). He is also the grandson of the late former Conservative prime minister Harold Macmillan (1894–1986). He was educated at Eton and Balliol College, Oxford, where he read modern languages.

David Faber worked in marketing and as a political assistant to Jeffrey Archer prior to entering the House of Commons in 1992 as Conservative Member of Parliament for Westbury. He was parliamentary private secretary to the Minister of State at the Foreign and Commonwealth Office (1994–1996), and then to the Secretary of State for Health (1996–1997). In opposition, after the Conservatives lost the 1997 general election, he was their front bench spokesman on Foreign and Commonwealth affairs, until 1998. He served as a member of several Parliamentary Select Committees: Social Security (1992–1997), Culture, Media and Sport (1998–2001), and the Public Accounts Committee (2000–2001).

David stood down from parliament at the 2001 general election, when he began a new career as a writer. His book Speaking for England: Leo, Julian and John Amery, the tragedy of a political family (2005) was about his uncle by marriage, Julian Amery, his uncle's father, Leo, and brother, John, the last of whom was executed after the Second World War for high treason.

In 2009, he was appointed as head of his old prep school, Summer Fields, Summertown. David is also a former member of the MCC, the governing body of cricket, and a member of White's.

Given his political background, David Faber has widespread TV and Radio speaking experience and is a very confident and engaging “off the cuff” speaker. Whilst he is happy to pass comment and insight on political issues, he has spoken at several book functions and literary festivals in recent years.

Clients often ask about purchasing books for giveaways and delegate packs. Below you’ll find a selection of products by David Faber. Click the images to view on Amazon's website. For bulk orders, please speak with your Booking Agent.

How to book David Faber for your event