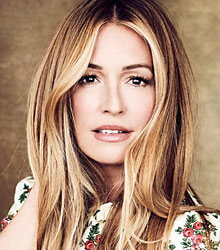 Cat Deeley is one of the foremost television presenters both in the United States and UK.

A BAFTA (British Academy of Film and Television Arts) award winner, Cat has won many other awards for her work on some of the UK's hottest primetime shows, including The Brits, Elton John Live From New York, The Latin Grammy Awards, Stars in Their Eyes, Comic Relief Does Fame Academy, the V Festival (2004, 2005), CD: UK Live, SMTV: Live and not one but two specials with U2, When Cat Met U2, for ITV and U2 At The BBC for BBC1.

In 2005, Cat began hosting So You Think You Can Dance, one of America’s most popular dance reality shows.

Having moved to LA in 2006, 2020 saw Cat Deeley’s permanent return to the UK with her family, making her available once again for bookings in the UK.

How to book Cat Deeley for your event