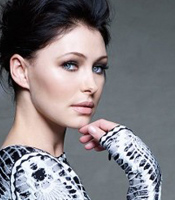 Emma Willis was born and raised in Birmingham and on leaving school worked as a model, appearing in campaigns for Gap, Chanel and Samsung amongst others before joining MTV where she worked for several years. Emma is now one of the most successful and in demand presenters working in TV and radio in the UK.

Emma Willis is totally at ease in a live or pre-recorded environment. Her down to earth attitude and infectious personality have contributed to her success and she has an instant natural rapport with people from all walks of life.

Emma has hosted The Voice UK on BBC1, C5's hugely successful series, Big Brother and This Morning to name a few.

With interests in music, film, fashion and travel, Emma Willis is well-rounded and well-informed, although she is the first to admit that not all her tastes are considered that cool!