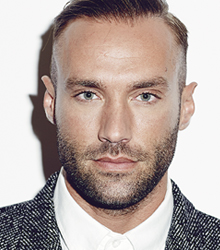 Calum Best is son of footballing legend George, a model, star of the ITV hit show Celebrity Love Island and was voted in 2005 as Company magazine Bachelor of the year.

Calum has found fame in the press just for being a regular on the London party scene, but is tipped to be a big star with numerous TV appearances planned.

He has done some TV presenting and acted in Footballer's Wives where he played himself.

In September 2006, Calum appeared in Calum, Fran and Dangerous Danan for ITV2, which saw him travelling from Texas to Los Angeles with fellow Love Island contestants, Paul Danan and Fran Cosgrave.

Since winning series 2 of the hit ITV1 series Celebrity Love Island, Calum has been concentrating on a few personal projects including the successful launch of his own men’s fragrance simply called 'Calum'.

Calum is currently in production with a couple of TV shows and reading scripts for movies because his aspiration is to act.

How to book Calum Best for your event