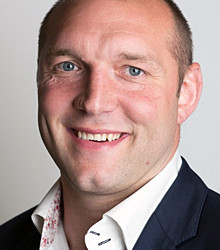 England Rugby legend, Ben Kay MBE has experienced sport at the highest level possible. A World Cup champion, Ben Kay was an essential member of the England national rugby union 2003 winning squad, playing every minute of all but one game in the tournament as England beat Australia in the final.

Ben won 62 caps for England between 2001 and 2009 before retiring at the end of the 2009-10 season after 11 years with Leicester Tigers. During a highly successful career, Ben Kay was part of the winning squad for six Premierships, three Six Nations tournaments and featured in every minute of England's march to the World Cup final in 2007.

Ben's charm and charisma have since lead him to become a popular media personality for both ESPN and BT, where he has delivered expert rugby commentary and analysis.

Alongside his impressive rugby career, Ben Kay has established an advertising and creative agency that works with sporting and non-sporting brands. Ben has used his original thinking to lead the company in producing engaging campaigns and ideas for a range of large companies.

Ben's experience in this field has leant to his success as a speaker in the corporate world, where he combines his knowledge of sporting achievement and business acumen to present entertaining and original talks.

With vast experience in front of the camera, Ben Kay is an accomplished after dinner speaker and keynote business speaker who has used his vast knowledge and experience to deliver talks on leadership, teamwork, achieving peak performance and maximising success in life, work and sport.

How to book Ben Kay MBE for your event