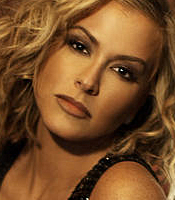 Book Anastacia
add to shortlist
About

Anastacia got her start at Club 1018 in New York City. The club owner noticed her dancing and asked her if she could sing as well. The club owner sought Anastacia a manager and she appeared on the short-lived MTV television show The Cut. She won many times but at the end, did not win and was just a finalist. Ironically, her and fellow non-winner T-bone, who is a Christian rapper, were the most successful people from the show.

The finalist position on The Cut brought attention from many major record labels and many well-known musicians such as Michael Jackson. She became an acquaintance of Michael Jackson and he helped her into the business - getting her a record deal. In July of 1999 Anastacia signed with Epic/Daylight records.

Her first album, Not That Kind, was released in June of 2000. It became a massive success around the globe. The first single from the album was I'm outta love, which became the biggest selling single in Europe in the year 2000. Not that kind sold over 5 million albums worldwide. Anastacia became a household name in Europe, Asia, and Australia. However, Anastacia was much more successful abroad than in her homeland of the United States, where Not That Kind sold only just under 200,000 copies. Anastacia remains virtually unknown in the United States.

Anastacia's follow-up to Not That Kind was released in January of 2002. It was titled "Freak of Nature". Freak of Nature was a also a mega success which sold over 5 million copies worldwide. It has been certified multi-platinum in over 25 countries worldwide. Anastacia says she called the album "Freak of Nature" because all of her favorite artists have always been "freaks", or nonconformists. Also, Anastacia has an extremely soulful voice which is rare to find in a white woman. Many first-time listeners are shocked when they find out the voice they hear is coming from Anastacia, who is 5' 2", Blonde haired, and a white American woman.

In January 2003 Anastacia was diagnosed with breast cancer. From the beginning, she promised herself that the cancer wouldn't stop her career. She went through with that promise by recording a song titled "Love is not a Crime" for the "Chicago" soundtrack. Anastacia was suffering from insomnia and was extremely ill from the cancer and radiation treatments. She had surgery to remove the cancer from her breast in March of 2003.

In September of 2003, Anastacia entered the recording studio with TLC producer Glen Ballard to write and record her third album, which was self-titled 'Anastacia'. This album tells of her struggles with cancer and life in general, but it also has many happy tracks such as 'Sexy Single' and 'Seasons Change'. 'Heavy on my Heart' is a song about Anastacia's cancer and what she felt like during the time she had it. She stole the show at the 2004 Echo Awards in Germany when she performed it.

The first single from 'Anastacia' is Left Outside Alone. It was released to radio outside North America on March 15, 2004. 'Anastacia' was released outside North America on March 29, 2004. It has been number one in sales in the UK, Germany, The Netherlands, Beligum, France, Australia, and New Zealand since it was realeased in March. 'Left Outside Alone' was number one on the billboard charts for 5 weeks.

How to book Anastacia for your event