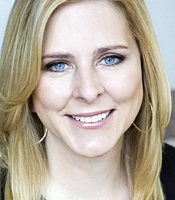 The Snowball is a revealing and complete look at the life, wisdom and philosophy of Buffett, from the development of his outlook on the world and the principles he lives by to the business secrets he has never before shared publicly. Alice was the first and only analyst to obtain an interview with the famously reticent Buffett. Telling the New York Times, "I like the way she thinks and writes", he gave her unprecedented access to himself, his files and his network, devoting massive amounts of his time over the course of five years as she researched and wrote the book.

It remains the only authorised Warren Buffett biography, containing the definitive facts - provided by friends, family, files and of course Buffett himself - that might accurately reveal insight into the life of one of America's top investors and one of the world's richest men.

Alice Schroeder came to journalism armed with substantial business experience as a 15-year veteran of Wall Street and having been ranked at the top of her profession in the Institutional Investor All-America Research poll.

A former managing director at Morgan Stanley, she began her career as an auditor for Ernst & Young and was a regulator with the Financial Accounting Standards Board, where she drafted some of the most significant accounting rules affecting the insurance industry. Her 54-page report for PaineWebber on Berkshire Hathaway in 1999 was the first comprehensive look at Buffett's company and became a best-seller.

Schroeder's editorials and articles have appeared in such publications as The Washington Post, Bloomberg News, BusinessWeek, and The Huffington Post. She has appeared on The Today Show, Bloomberg's Taking Stock, Nightly Business Report, ABC World News Tonight and various programs on CNBC, CNN, NPR, the BBC and Fox Business.

Alice Schroeder is available for a limited number of speaking engagements offering her own expertise as a business analyst, as well as secrets learned from spending years with the "Oracle of Omaha".

Alice weaves a fabulous story, talking about the personality of Buffet as well as the appetite for risk, the issues and concerns that go into his decision making, along with the financial debacles of the past couple of years. There were easily over 750 people in her session and the line at the book store to have Snowball signed was long! The attendees have given her rave reviews.

She was the highest rated speaker at the conference. She was also fun to deal with in advance.

Clients often ask about purchasing books for giveaways and delegate packs. Below you’ll find a selection of products by Alice Schroeder. Click the images to view on Amazon's website. For bulk orders, please speak with your Booking Agent.

How to book Alice Schroeder for your event