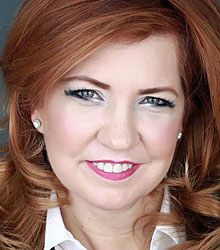 She is a former financial adviser to President George W Bush and prior to that was the Deputy Head of Strategy for UBS and the Chief Currency Strategist for Bankers Trust. She also ran Bankers Trust's Asset Management business in Asia from Hong Kong. She was named in 2000 as a Global Young Leader by the World Economic Forum.

Between 2001-2002 she was a member of the President's Working Group on Financial Markets and the Working Group on Corporate Governance, dealing with Enron, Sarbanes Oxley as well the Anti-Money Laundering provisions of the Patriot Act and had responsibility for terrorism risks to the economy on the NEC after 9/11.

Dr Pippa founded a consultancy which advises institutional investors and global business leaders on investable trends. It also serves as a platform for her public speaking where she combines insights on leadership, technology and economics to help audiences better navigate into the future and understand the economic landscape.

In 2007, she anticipated the Financial Crisis, followed by the slowdown in China, Brexit, Trump and the return of inflation. She is also an economist who sits in the manufacturing space, having co-founded H Robotics, which manufactures modular, commercial-use drones and autonomous vehicles for a wide range of industries including mining, oil and gas, insurance and public safety.

Pippa is a member of several advisory boards and working groups including the British Ministry of Defence Working Group on Global Strategic Trends, the Greater London Authority Infrastructure Advisory Board, the Legatum Institute at MIT and Indiana University School of Public Policy and Environmental Affairs. She is often asked to brief government leaders and senior policy makers, as well as senior executives around the world.

As an economist, she is focussed on innovation across the board, but keenly explains how new technologies solve old problems and generate new forms of growth. In 2015, she won the Intelligence Squared Debate on Robotics alongside Walter Isaacson, which was broadcast by the BBC to 80 million homes worldwide.

Pippa Malmgren believes that the economy and technology innovation should be made more accessible through better storytelling which is why she attended the Bread Loaf Writers Conference in 2018. She has written on technology and economics and has been published in Wired Magazine, Monocle, The International Economy, Economia, Institutional Investor Die Handelsblatt and The New Statesman.

She has an M.Sc. and a PhD from LSE. She completed the Harvard Program on National Security and participated in the Pentagon's Joint Civilian Orientation Conference (JCOC). As an academic, Dr Malmgren has lectured at the London School of Economics, Tsinghua University in China, the University of Texas in Austin and also on occasion at INSEAD and the Duke Fuqua Global Executive MBA Program. She is a Governor and on the Council of Management at the Ditchley Foundation in the UK.

She is a regular guest anchor on CNBC and Bloomberg and appears often on the BBC including its flagship The Today Program, Newsnight and Hard Talk.

She is the author of two other books: ​Geopolitics for Investors​ (2015), and ​Signals: How Everyday Signs Help Us Navigate the World’s Turbulent Economy​ ​a crowd-funded 4x Amazon best-seller (2016).

Dr Pippa Malmgren has built a reputation for outstanding plain-speaking analysis of global trends and an ability to predict events that have caught businesses and policy-makers off-guard.

When Pippa speaks, her goal is to make the economic aspect of the audience's work compelling and engaging, regardless of the sector they are in. She identifies the risks that others find hard to quantify - advising companies, policy makers and investors on the subtle shifts which point to much bigger trends.

A forward-looking public speaker, Pippa is an expert in helping audiences to understand the risks we cannot see, such as politics, policy and economics. Bringing together insights from economics and geopolitics to technology and culture, she helps businesses understand how the world is changing, and how it will affect their industry.

What You Need to Know about What's Really Happening in the World Economy
Do you think deflation is the only risk? Watch how inflation is already making a comeback and why relations are breaking down between the US and China, Russia and even Europe. China's One Belt One Road and The New Cold War are Critical for Businesses to Understand.

Politics, Policy and Geopolitics: The Risks and Opportunities
Economic instability is always a source of political upheaval from emerging markets to the American Presidential Race. What to look for.

Economics is Everything and Economic Signals are Everywhere
See the economic signals that are bubbling up in your world. Don't wait for the data to confirm things. By then it's too late to profit.

How to Take Calculated Risks
GDP is not a number. It's an act of bravery. Every time we reach for something beyond our grasp and stretch our skills we Build GDP and Profitability

Tomorrow's Economy is Already Being Built Today: Be Part of It
Dr Pippa Malmgren shows you where innovation is occurring - right in front of you.

She lit up the room, sparked our minds and left delegates buzzing – insightful, challenging and inspiring.

Pippa is one of the most engaging and powerful speakers I have seen in many years as an event producer, and she has the valuable ability to talk about complex ideas with perfect clarity.

Pippa was yet again a fantastic addition to the programme and her session was the top rated session by delegates which is brilliant.

Inspirational. Her descriptions of leadership and motivation were very powerful and helped my organisation to reflect and move to the next level. I would definitely invite her again.

Pippa was just what we were looking for in a speaker as far as energy and topic. She was one of the highlights of the entire event, and a great way to kick off the Top Women Advisors Summit. Pippa is so smart and knowledgeable, yet her content was still very relatable and easy to understand. She struck a chord with everyone in the audience.

Pippa went down a storm - a roaring success.

Clients often ask about purchasing books for giveaways and delegate packs. Below you’ll find a selection of products by Dr Pippa Malmgren. Click the images to view on Amazon's website. For bulk orders, please speak with your Booking Agent.

How to book Dr Pippa Malmgren for your event