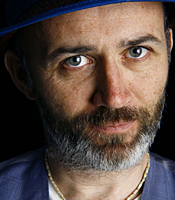 Tommy Tiernan is perhaps best well-known for his up-front take on the Catholic presence in Irish culture. He is known for his use of observation dressed up with energetic physical comedy and a loud, impassioned delivery. Tiernan dissects the older traditions of Irish culture, throwing a contemporary light on them. For example he compares two fictitious Catholic priests, one African and the other Australian, reciting the same sermon, but he demonstrates how the way you approach religion can make all the difference. Also famous are his takes on the yuppie culture hitting Ireland, in the form of the Celtic Tiger.

On June 17th 2006 Tommy appeared on The Late Show with David Letterman, after which he expressed his delight at being mentioned between actor Robert Duvall and music group Sonic Youth at the start of the show.

In 1996 Tiernan won the Channel 4 "So You Think you're Funny" award. Two years later he was awarded the Perrier Comedy Award, at the 1998 Edinburgh Festival.

Tommy is available for stand-up or awards hosting. He can deliver a standard 30 min set or full 1hr show.

THE NEXT MAJOR STAR

He takes the audience by the hand and leads them into the devilish wonderland of his mind - breathtakingly good!

...HAS A COMIC FEROCITY RESEMBLING THAT OF BILLY CONNOLLY

For most of the time he is simply very good. But when Tiernan is on fire, his tales seem imbued with a brand of Irish humour, insight, and an eye for surreal detail of which Flann O'Brien and Samuel Beckett would have been proud. And no mistake.

Clients often ask about purchasing books for giveaways and delegate packs. Below you’ll find a selection of products by Tommy Tiernan. Click the images to view on Amazon's website. For bulk orders, please speak with your Booking Agent.

How to book Tommy Tiernan for your event