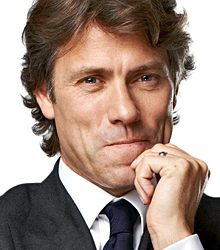 John Bishop performed stand-up comedy for the first time in October 2000, and the following year made it to the final of all the major new act competitions, including So You Think You're Funny, the Daily Telegraph Open Mic Awards, the BBC New Comedy Awards and the City Life North West Comedian of The Year Award, which he won.

In 2002, John Bishop was named best newcomer by BBC Radio Merseyside, and in 2004 he won the North West Comedy Award for best stand-up. In 2009, he appeared as the first act on Michael McIntyre's Comedy Roadshow in Manchester. That year he appeared at the Edinburgh Fringe Festival where his show Elvis Has Left The Building was nominated for an "Eddie" (Edinburgh Comedy Award).

In 2009 he appeared in Channel 4's short series Comedy Showcase, and was a contestant on Celebrity Mastermind. He has appeared five times on 5 Live's Fighting Talk quiz show, claiming four victories on the programme.

John Bishop’s material is drawn from his life's experiences, including fatherhood; cycling around the world; playing semi-professional football; and working as a nightclub doorman. His first television appearance was on the Channel 4 panel show 8 out of 10 Cats before he appeared on the BBC's Live at the Apollo which has rendered him as more of a noticeable comedian. In December 2009, John started his own TV programme on LFC TV called John Bishop meets…, where he interviews former Liverpool football legends.

John Bishop is a regular panelist on the Sky1 show, A League of Their Own, as well as a stand-up/sketch show for BBC One entitled John Bishop's Britain. In 2010, Bishop took part in Channel 4's Comedy Gala, a benefit show held in aid of Great Ormond Street Children's Hospital, filmed live at the O2 Arena in London on 30 March.

Multi award-winning stand up comedian John Bishop keeps the laughs coming with a unique style of observational humour, undeniable charm, an unrivalled gift of creating a relaxed atmosphere. John's material is drawn from his life experiences, from fatherhood to cycling across the world.

John is a star of prime time TV fronting many of his own shows, such as John Bishop: In Conversation With… (UKTV), The John Bishop Show (BBC1),  John Bishop’s Gorilla Adventure (ITV1),  John Bishop’s Australia (BBC1), hosting the Royal Variety Performance; and appearances on shows like, Live at the Apollo, The Graham Norton Show, Channel 4's Comedy Gala, Have I Got News For You, and A League Of Their Own.

An evening spent in John's company is a real pleasure - he is a charming, likeable comedian and the perfect choice for events hosting, award ceremonies, and after dinner cabaret.

This year's awards were the best so far. John Bishop was excellent and you will do well to try and better him next year.

Warm, witty, and full of Life.

Clients often ask about purchasing books for giveaways and delegate packs. Below you’ll find a selection of products by John Bishop. Click the images to view on Amazon's website. For bulk orders, please speak with your Booking Agent.

How to book John Bishop for your event