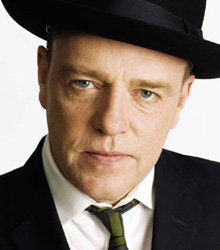 Book Suggs
add to shortlist
About

Suggs is a singer, songwriter, actor and TV presenter who has become a household name in the UK. Best known as lead singer with Madness who have had 24 top twenty hits and continue to tour internationally. He also has a successful solo career and is probably the nicest man in showbiz!

In 2008 he presented two series of Disappearing London for ITV, two series of Inside Out for BBC 1, and hosted chat show Suggs in the City on ITV1. He can be seen on Blighty presenting a programme on the British Seaside for their popular series My Brilliant Britain.

In May 2010 Suggs presented A History of The World - Brighton for BBC 1, in which he tells the history of Brighton as a seaside resort. In 2012 Suggs performed with Madness for the Queens Jubilee Concert and also at the London 2012 Olympics opening ceremony.

Suggs is available for a variety of corporate engagements, and makes the perfect entertainer or host for any event. Previous work includes hosting the Beefeater ‘London-ize' Promotional Launch in Athens, a media launch of a campaign for London's local council authorities, and a personal appearance for the launch of a disability facility.

We all had a super day! The clients and families all enjoyed the day too. Suggs was the best! He was entertaining and was very willing to pose for photos and signs autographs - he drew quite a crowd! Suggs spoke well to the media and was very co-operative. All the guests commented on how polite he was - always smiling and chatting to everyone... So a big thank you from Helena and all the clients. What a splendid day we all had - it would not have been the same without Suggs!!

Clients often ask about purchasing books for giveaways and delegate packs. Below you’ll find a selection of products by Suggs. Click the images to view on Amazon's website. For bulk orders, please speak with your Booking Agent.

How to book Suggs for your event