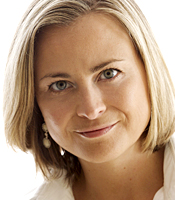 Philippa Forrester is best-known for her wealth of experience as a live television presenter, fronting the BBC’s Tomorrow's World for seven years alongside Peter Snow; during which time she anchored many live specials and outside broadcasts.

Live Events for the BBC include:- 'Eclipse' which she presented with Michael Burke and which had the highest ever viewing figures for a daytime TV programme. She presented the Queen's Jubilee Celebrations for three days with David Dimbleby, covering The Mall on the day of the procession. Crufts which she anchored for four years. Foot and Mouth Special which was a live discussion programme hosted by the BBC. - Zoowatch was a weeks live coverage following the daily life at London Zoo which Philippa hosted with Rolf Harris. 'Heaven & Earth Show' - BBC1 Weekly live 1 hour discussion programme. Philippa co-hosted this show for two and a half years with Ross Kelly.

Away from the live television credits include:-
The phenomenally successful 'Robot Wars' which Philippa presented for BBC2 for seven series and which contributed to FHM naming her the 42nd sexiest woman in the world [an accolade of which she is very proud!]

Off camera, Philippa Forrester runs a TV production company with her husband, Charlie Hamilton James. Their output to date includes:- The award winning, My Halcyon River [BBC2, Nov 2002], this was the Radio Times most requested peat that year. The Wild Wood [BBC2, Dec 2004] Tarka [BBC2, Dec 2005] and The Restless River.

Philippa is also a successful writer. In 2004 her first book 'The River' was published by Orion, a humorous and autobiographical account of filming with her partner in the countryside. She is currently working on the sequel alongside some children's books and regularly contributes article for magazines and newspapers, for example, Sainsbury's magazine, The Express and travel articles for the Mail on Sunday.

Philippa Forrester has two degrees under her belt. The first, 'English' she took at Birmingham University straight after leaving school, her second she studied part time at Birkbeck College London while presenting Tomorrow's World, and walked away with a 'First' in Ecology and conservation! This has been put to good use producing and presenting for the BBC's Natural History Unit.

Thank you so much for taking the time to come to our On Vision, Health First conference. I thought the ad-lib went very well on stage and you could tell, I am sure, from both the audience reaction and the queues for your autograph that you are hugely popular with our pharmacists and teams. I am delighted at the way the advertising is developing, and I do believe that you are becoming synonymous with Lloyds Pharmacy as we build the brand and that your style and approach has a unique appeal for our customers.

Thank you on behalf of NIACE, for supporting Adult Learners Week 2010 and for sparing the time to host the National Awards Ceremony. Once again, you handled the event with great charm and finesse, making the day a very special one indeed for all the award winners. We've had some great feedback from the audience, many of whom have never experienced such an occasion or even been to London before. We hope that you enjoyed the event as much as we did and wish you the very best for your current projects.

Philippa Forrester was the star of the CIWM Awards for Environmental Excellence at the Dorchester on Wednesday this week. As the CIWM's Senior Vice President it was my particular pleasure to compere the event where Philippa made an absolutely stunning impression on those present.

I think everyone thought Philippa Forrester was really good. She was really down to earth and everyone liked the fact that she related things to how she felt as a mother. She was very professional and I think she added to the evening. I was impressed by the way she added to her speech from the very basic layout we gave her.

Clients often ask about purchasing books for giveaways and delegate packs. Below you’ll find a selection of products by Philippa Forrester. Click the images to view on Amazon's website. For bulk orders, please speak with your Booking Agent.

How to book Philippa Forrester for your event