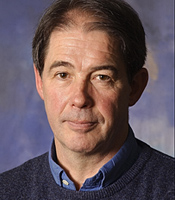 In addition, he is Co-Director of The Prince of Wales's Business and Sustainability Programme which runs Seminars for senior executives around the world. He is a Non-Executive Director of Wessex Water, and of Willmott Dixon Holdings. He is a Trustee of the Ashden Awards for Sustainable Energy, and is involved in the work of many NGOs and charities as Patron, Chair or Special Adviser.

He stood down as Chairman of the UK Sustainable Development Commission in July 2009 after nine years providing high-level advice to Government Ministers.

Jonathon's books include, Capitalism As If The World Matters (Earthscan, revised 2007), Globalism & Regionalism (Black Dog 2008) and Living Within Our Means (Forum for the Future 2009).

Sir Jonathon Porritt received a CBE in January 2000 for services to environmental protection.

Jonathan was fanastic – his speech was captivating and all of the feedback from delegates was extremely complimentary. I think its fair to say that Jonathan gave our event credibility on a huge scale.

Jonathon's passion for the issues and focus on practical solutions quickly won the audience round.

He was perfect for the nature of the conference and had clearly done research around the event and organisation. He was approachable and an excellent public speaker.

How to book Sir Jonathon Porritt CBE for your event