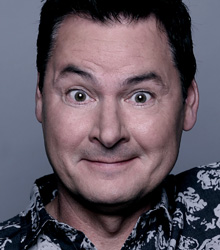 Phil Walker started his stand-up comedy career on the tough holiday park circuit, working for the likes of Butlin’s and Pontin’s. Then, at the turn of the millennium, he decided a change of direction was needed in order for him to progress, so after an open spot at the Frog & bucket comedy club in Manchester he turned his attentions to the UK comedy club scene.

Shortly afterwards, in 2002, at the famous Comedy store in Manchester Phil was voted City Life Comedian of the year. Previous winners include Peter Kay and Steve Coogan.

As well as regular gigs at the Comedy Store where he was also part of the successful Men @ work improv nights, Phil Walker has become a headline act at most of the leading comedy clubs throughout the country including Jongleurs, The Stand, The Last laugh, The Frog and Bucket, Komedia, Laughter lounge Dublin, Manfords.

In 2012, Phil made his debut at the Edinburgh fringe Festival where he received four star critical acclaim for his show "Is this it? Phil is also proud to have entertained over 4000 troops on two tours of war-torn Afghanistan as part of the CSE shows other tours included The Falkland Islands, Kosovo, Kuwait, Bosnia & Germany, appearing with fellow comics as well as mega-stars including eighties icons Tony Hadley & Bucks Fizz!

As well as performing stand up comedy, Phil Walker also works as a voice over artiste, and recent credits include The Oddkinsons, Manchester United, Dancing with The Stars, & Tizer.

How to book Phil Walker for your event