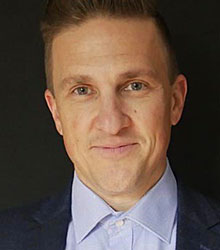 Paul McVeigh was a professional footballer for 16 years playing for clubs such as Tottenham Hotspur, Burnley, Luton Town and Norwich City.

He made over 300 appearances and was a key member of two Championship winning teams and rose to the pinnacle of English football ‘The Premier League' whilst gaining 60 caps internationally for Northern Ireland.

Paul now works in the national media for the BBC, Talksport and BT sport reporting on some of the biggest games in the Premier League.

He is also a published author of the critically acclaimed ‘The Stupid Footballer is Dead' and started his own company ‘Thinkpro' which works on the psychological development in elite sport and is currently working with two Premier League clubs.

Paul McVeigh is able to draw from his own experiences about what, he believes, it takes to be successful.

Paul gives a unique perspective and shatters the myth that footballers are not intelligent.

Clients often ask about purchasing books for giveaways and delegate packs. Below you’ll find a selection of products by Paul McVeigh. Click the images to view on Amazon's website. For bulk orders, please speak with your Booking Agent.