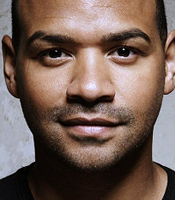 Whilst his days as a researcher at BBC Radio Northampton are long behind him now, over ten years of experience are always apparent whether Michael's interviewing Hollywood superstars, hosting national awards ceremonies or presenting among the buzz of a live show or red-carpet event.

Even as a youngster, Michael's love for TV was evident, when he appeared as a team captain on the first ever children's special of The Crystal Maze. But while his roles may have changed, Michael's love affair with the television industry still continues.

After three years spent honing his skills working on live television providing the links, games and entertainment between the programmes on CBBC, Michael Underwood was poached by CITV where he went on to present four series of the hugely popular Jungle Run, Eliminator and The Big Bang before joining ITV's flagship Saturday morning show, Ministry of Mayhem.

After showcasing his skills on CITV interviewing A-list stars including Will Smith and Tom Hanks, it became clear Michael was more than ready to make the step up to adult programming. He was instantly snapped up by GMTV and given the role of showbiz reporter and co-presenter of Entertainment Today, leading him to three years of major showbiz events and huge celebrity interviews on both sides of the Atlantic.

More worldwide travel soon followed, as Michael Underwood was sent to Australia to cover I'm A Celebrity Get Me Out Of Here, before returning to host the National Television Awards and Soap Awards for ITV2.

Perhaps Michael's biggest talent is his ability to turn his hand to any job that's thrown his way. Whether he's dressed in a sharply-tailored suit presenting the National TV Awards, donning shorts to head into the Australian jungle or interviewing stars like Will Smith and Halle Berry, Michael's at home in front of a camera. Michael's love for live television continues with frequent appearances on Daybreak, This Morning and The Alan Titchmarsh Show. He also presented ITV's Bingo Night Live; a live interactive entertainment show.

A keen swimmer and rugby player, Michael Underwood also indulged his love of sports by appearing on Dancing On Ice in 2008, a stint cruelly cut short by a broken ankle after just three rounds.

How to book Michael Underwood for your event