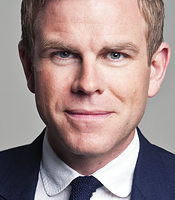 Matt Barbet is a journalist and news reader specialising in current affairs and sport. He was an anchor for Channel 5 news for over a decade and has previously presented News Hour (BBC World Service), Breakfast, BBC London News (BBC 1), The Cycle Show (ITV 4), Daybreak (ITV1) and The Victoria Derbyshire Show (BBC 2).

Matt started his media career at Channel 5 in 2007 as a presenter and correspondent, becoming the main presenter for the 5 o'clock show in 2011.

Matt is experienced both in the studio and in the field.; having been embedded with British forces in Afghanistan's Helmand province, witnessed the effects of a devastating earthquake in Haiti, and reported on famine in the mountains of Ethiopia. On a lighter note, he has covered The Oscars twice and in the spring of 2011, Matt fronted Channel 5's live coverage of the Royal wedding of Prince William and Catherine Middleton, in front of Buckingham Palace.

Equally adept on radio, Matt Barbet is known to millions from his time reading the news on BBC Radio 1 during Sara Cox’s Breakfast Show and has presented Weekend Breakfast (BBC Radio 5 Live). He has also presented The Briefing on ground breaking online station Monocle 24.

Matt’s journalism has appeared in print too, in publications as wide and varied as The Independent and Monocle, and also in Cycling Plus – he is passionate about riding his bike!

In the summer of 2013 Matt Barbet took part in the ‘London Marathon of Cycling', where more than twenty-thousand people set off from the Olympic Park on the 100-mile Olympic route, for the first ever Prudential Ride London-Surrey 100.

Not only that, 2013 saw Matt cycle more than three hundred miles from Tours in France back to London, to raise money for charity Right To Play. He has also pedalled his way to completing the gruelling L'Étape du Tour in the French Alps, and has run the London Marathon.

Matt Barbet has wide-ranging experience in the corporate sector, from facilitating discussions and conducting interviews for the likes of Fujitsu UK and the Cartus Home Sale Network, to hosting Frontier Magazine's Travel Retail Awards in Cannes. Travellers aboard American Airlines will have seen him fronting BBC World's in-air programming.

In his role as a patron of Norwood, Matt helped the charity raise over £400,000 at one lunch, where he interviewed former FA Chairman Lord Triesman. Other corporate work includes hosting the Frontline PR Industry Awards, Britain's Most Inspiring Fundraiser for Everyclick.com, and chairing a panel Q&A for Norwood Young Lawyers.

American Airlines appreciated Matt Barbet's freshness of approach, his ready smile and the clarity of his voice. The company was praised for having secured such a vibrant presenter.

I wanted to let you know how THRILLED we are – and, our SAP clients are with Matt Barbet.

How to book Matt Barbet for your event