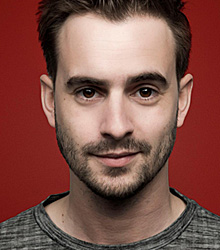 Luke Kempner has established himself as the UK’s hottest new impressionist for the millennial comedy generation with his contemporary take on pop culture mimicry, amassing over 3 million views online, through his viral sketch videos ‘Alternative Love Island’ and ‘Alternative Game of Thrones.’

Combining razor sharp stand-up with incisively accurate imitations of international hit box-set binge characters, TV celebrities, social media superstars, fellow comedians, notorious politicians and famous sports names, Luke is also familiar to television audiences with his regular appearances in the BAFTA winning Murder in Successville (BBC3), and as the breakout star of The Imitation Game on ITV1, which led to an appearance on The Royal Variety Performance (ITV1).

His other credits include Celebability, Hey Tracey (ITV2), Pointless Celebrities (BBC1). Luke created and starred in his own review show for ITV2, entitled Luke Kempner’s Impression of 2015 and was the resident comedian on Celebrity Big Brother’s Bit On The Side (Channel 5) for 9 series. He is also a regular on BBC Radio 4’s topical comedy institutions The Now Show and News Jack.

He first secured global media attention in 2012 with his hit viral video Downstairs At Downton. Since then, he has gone from strength to strength, taking his one man show The Only Way Is Downton (described by the Daily Telegraph as a “remarkable tour de force”) to theatres and festivals across the UK, including Latitude and two years at the Edinburgh Fringe. He also took the show to Moscow, Spain, USA and Toronto.

2016 saw Luke return to the Edinburgh Fringe for a sell-out run of his new show Judi Dench Broke My Heart, which he then took on a national UK tour.

He presented a special radio programme of music and impressions on Magic 104.5 and Virgin Radio, and has also been a featured guest on several programmes across BBC Radio 2. In 2018, Luke became a regular on BBC Radio 4’sinstitution The Now Show and News Jack.

Luke started his career in musical theatre, playing Marius in Les Misérables as well as taking roles in Avenue Q and South Pacific. A graduate from The Guildford School of Acting, he also plays the piano, is a puppeteer and classically trained singer.

Luke Kempner is an exceptionally talented comedian, impressionist, actor and singer, as well as an experienced corporate awards host and after dinner entertainer.

In his live shows, Luke Kempner ‘hosts’ the ultimate reality TV show where no one is off limits. Celebrities, politicians and even royalty help him face his faults and fears.

TV shows include the likes of Love Island, You’ve been Trumped! Gogglebox, Queer Eye For The Straight Guy, Game Of Thrones, Louis Theroux’s documentaries and many more!

Luke Kempner is a blummin’ genius!

A hugely accomplished impressionist, with the technical skill to jump in and out of a huge range of real-life characters in a beat.

How to book Luke Kempner for your event