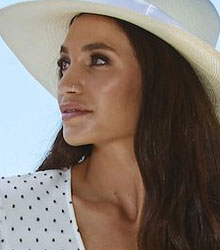 Laura Wright is a leading figure for the fusion of music and sport and is a regular at major sporting events.

She is the official anthem singer for the England Rugby Team and was heavily involved in the 2015 Rugby World Cup including performances at the World Cup Trophy Tour, Rugby Captain’s dinner, England’s Welcoming Ceremony at Sandhurst, the send off for the England team (alongside Take That and other celebrities) and even scaling the roof of the O2 for a rendition of ‘Jerusalem’ during the world’s biggest projection!

This major performance followed an incredible year for Laura, which saw her sing at the opening of Prince Harry’s Invictus Games where she debuted her self-penned “Invincible.” Then followed the release of her album ‘Sound of Strength’ – accompanied by a ground-breaking music video for Barber’s Agnus Dei which grabbed headlines with its Hunger Games style approach. Sound Of Strength fuses her twin passions – classical music and sport - into a unique sound, emphasising the physical power of music.

Laura sang at the final Ashes Test against Australia earlier this year, inspiring England’s cricketers to their historic victory, and now she hopes to be the lucky charm for the England rugby team too.

As a sportswoman herself, Laura Wright was an ideal choice to perform ‘World in Union’ at the ceremony – combining passion, competitiveness and athletic vocals to stunning effect.

Laura has performed at the NFL matches, at Rugby League, The Carnegie Challenge Cup Final, WSB Boxing, polo, the Carling Cup Final, The Championship Play-off Final, the FA Cup Final. She was the first mezzo soprano to perform at the Olympic Stadium and has enjoyed many performances at prestigious venues such as the Royal Albert Hall, Royal Festival Hall, the Royal Opera House, Wembley Stadium, Wembley Arena, The O2, Twickenham Stadium, Buckingham Palace, Westminster Abbey, even The Great Wall of China.

Laura has taken her classical music to a new level with tracks including Puccini’s Nessun Dorma and Barber’s Adagio for Strings, arranged herself and melded to driving beats, with the help of producers Starkey (who has worked with composer Einaudi), Killahurtz and Dan Vinci (who has worked with everyone from Skream, Snoop Dogg and Jesse Ware). Doing so, she created a new sound which melds beauty and power to startling affect.

Coinciding with the EP version earlier this year, Laura Wright released a groundbreaking music video shot with a brutalist background in London’s renowned Peckham multi-story car park. She also premiered tracks during the 2014 London Marathon where she stopped on Tower Bridge for a brief performance of William Blake’s Jerusalem to inspire her fellow participants and draw attention to the Nordoff Robbins charity, for which she is an ambassador.

Clients often ask about purchasing books for giveaways and delegate packs. Below you’ll find a selection of products by Laura Wright. Click the images to view on Amazon's website. For bulk orders, please speak with your Booking Agent.

How to book Laura Wright for your event