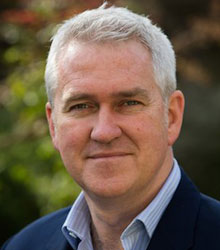 Justin Hughes head up a team of former Red Arrows and RAF fast jet pilots who bring a unique perspective to the business world.

Having had a successful career in the British armed forces — firstly as an Army Officer, followed by joining the Royal Air Force, age 23, where he became a Tornado "force commander" — Justin was subsequently selected for the Red Arrows display team, performing over 250 displays including 3 international tours.

During his time with the Red Arrows Justin was promoted to Deputy Team Leader and then Executive Officer, responsible for operational day-to-day management of the team.

Having graduated as top cadet in officer training, Justin went on to fly the Tornado F3, the RAF’s front-line air defence fighter aircraft, taking part in both training and operational deployments all over the world, including support of UN peacekeeping operations in Bosnia.

Justin has an MBA with Distinction from London Business School and a BSc (Hons) in physics from the University of Bristol. He is the founder of a business that trains individuals for mission excellence and built the company from a zero base.

70 Aircraft taking off from different bases, different nationalities, different cultures, all specialists in part of the mission, probably never worked together before and have to execute a life or death complicated cross-functional task and get it right first time is the ideal foundation for lessons in collaboration, teamwork, dependency on each other and successful leadership.

Justin is a renowned presenter on leadership, execution and risk, having addressed the Institute of Directors’ Annual Convention, and 'Leaders in Dubai' alongside Sir Richard Branson and Kofi Annan. He was a seed investor and founder partner in a retail fashion business and is currently a non-executive adviser to Inox, an emerging markets hedge fund. Justin is a mentor to two community interest businesses.

Justin is the author of The Business of Excellence (Bloomsbury, 2016), has been profiled in the London Standard, Director and the Daily Telegraph, and interviewed for BBC World ‘Talking Business’ and BBC Breakfast.

How can we create high performance teams? How should we think about managing risk? And what makes a great leader?

Whether he is speaking at conference or seminar, black tie dinner or motivating a group of colleagues at a company motivational away-day, Justin Hughes is an inspiring speaker, with a wealth of experience in delivering results in an environment where failure is not an option and mistakes cost lives.

Over nearly two decades he has built a track record of successfully partnering some of the world’s most successful commercial organisations, high-profile public sector bodies, multinational agencies and world championship winning sports franchises.

Justin Hughes has a proven track record in engaging and inspiring audiences worldwide, the business experience to really understand your organisational challenges and credibility of having been a Red Arrows’ pilot. He really does have the ability to motivate and entertain any audience.

Justin's keynote motivational speech explains about life as a Red Arrows pilot, including amusing anecdotes as well as the serious side of the business.

Having heard Steven Covey, Henry Kissinger, Bill Gates, Gordon Brown and David Cameron...I learnt more from Hughes than the rest. I genuinely believe that the internal debriefing sessions we started have affected the way we do business and contributed to our success.

Great connectivity with our business objectives ...a huge success.

In The Business of Excellence, Justin Hughes articulates a clear strategy for the pursuit of excellence coming from his many years of experience as a fighter pilot and entrepreneur. I am a big fan of learning from other environments and highly recommend it.

A new, fresh and engaging perspective on leadership and the creation of high-performance organisations through the lens of somebody with firsthand experience... the clarity and accessibility of the insights mark this book out as truly excellent.

Justin Hughes is that rare breed of consultant and commentator who has been there and done it. Combine that with strong values and outstanding communication skills and you have someone worth listening to.

Justin Hughes' experience as a fighter pilot is highly relevant to teams everywhere. In The Business of Excellence, he has offered a vivid, compelling and highly readable insight into building world-leading teams and organisations.

How to book Justin Hughes for your event