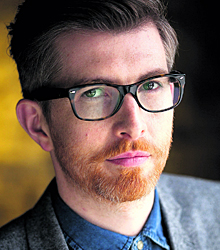 Gareth Malone is one of the UK’s most famous and likeable choirmasters who first appeared on our TV screens in the three-part BAFTA-winning BBC documentary series The Choir in 2006.

The series saw Gareth take on the challenge of bringing music into the lives of students who had never sung before and ultimately taking them to compete in the World Choir Games in China. To date, the astoundingly successful series has won two BAFTA awards and two RTS awards.

Following on from the success of series two, The Choir: Boys Don't Sing, Gareth's third series The Choir: Unsung Town saw him attempt to unite the community of South Oxhey near Watford as a choir. After the warm reception and loyal following The Choir programming received, Gareth's next project took him to Glyndebourne in a hunt for fresh talent to perform in the new opera, Knight Crew, and on to explore how boys are educated in Gareth Malone's Extraordinary School For Boys and building children's confidence in The Big Performance.

The fourth series of The Choir aired in November 2011. In his most emotional challenge to date, The Choir: Military Wives, saw Gareth give a voice to the wives and girlfriends left behind at the Chivenor and Plymouth barracks when troops were deployed to Afghanistan.

The hit single from the series, 'Wherever You Are', was a resounding success, making Christmas number one in 2011, and the choir's album 'In My Dreams' went to number one in March 2012. A second album, 'Stronger Together' was released in November 2012.

Gareth's following series, The Choir: Sing While You Work, saw Gareth infiltrate the work place to get four large UK companies singing as choirs, and first aired on BBC2 in September 2012.

Gareth studied singing as a postgraduate at the Royal Academy of Music with Janice Chapman and Jonathan Papp. His first book Music for the People: A Journey through the Pleasures and Pitfalls of Classical Music was published in April 2011, and Choir: Gareth Malone was published in September 2012.

He was appointed Officer of the Order of the British Empire (OBE) in the 2012 Birthday Honours for services to music.

In March 2020, Malone announced an initiative titled the Great British Home Chorus, a new home choir for people internationally whilst everyone was stuck at home during the COVID-19 pandemic.

In the first week over 100,000 people viewed the first session on YouTube. In July 2020, as a finale to the Great British Home Chorus, he orchestrated a choral version of You Are My Sunshine with over 11,000 singers taking part, accompanied by the London Symphony Orchestra. The song was released as a single, with all the profits being donated to NHS Charities Together.

Clients often ask about purchasing books for giveaways and delegate packs. Below you’ll find a selection of products by Gareth Malone OBE. Click the images to view on Amazon's website. For bulk orders, please speak with your Booking Agent.

How to book Gareth Malone OBE for your event