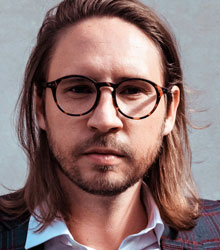 Dominic McVey is a British entrepreneur who started his own business at the age of 13, importing micro-scooters from the United States to the United Kingdom. By the age of 15 Dominic was Britain’s youngest self-made millionaire. In his teens Dominic sold over 15 million micro-scooters around the world. At the age of 18 he was appointed by the Queen as a ‘Pioneer for Britain in Entrepreneurism’.

Dominic now runs a portfolio of business interests from fashion, publishing and music to media and cosmetics.

In 2013 Dominic purchased Sri Lankan clothing maker Hela Clothing and by sustainable and ethically restructuring the business, he increased staff numbers from 3,000 to over 20,000 and vastly grew revenue to over USD $250 million.

In Ethiopia alone, Dominic employs over 2,000 people. The factory is the most efficient in the country and represents 66% of the total knit women’s underwear exports. Keeping to the founding tenets of the company, Hela practices sustainable manufacturing, which ensures that the resources of the company are aligned with the needs of the community.

Hela provides their employees with meals, accommodation and transport. In a country where 8.5 million people are facing severe hunger and distance to work can be a substantial barrier to employment, these services are having a widespread positive impact upon the community.

Hela also provides their employees with comprehensive training for their respective jobs, from machine operators to management trainees – vital in a region with no extensive apparel manufacturing background – which gives them valuable transferrable skills.

Dominic is an adviser on Entrepreneurship to the Department of Business, Enterprise and Innovation and is an ongoing consultant for a varied group of organisations and institutions, including the DTi and DfES on ethical and sustainable business growth.

Dominic most recently founded the Fair Fashion Pact; a private sector initiative aimed at protecting those who work in the fashion industry. It is dedicated to putting people before profit. The not-for-profit’s main goals are to ensure that the working standards and treatment of employees in clothing manufacturers across Africa, are set to the highest standard and uphold the needs of staff and the community as a whole.

In addition to founding the Fair Fashion Pact, Dominic is a Trustee on the board of Computer Aid; a foundation who aims to build a world where everyone has equal access to technology through sustainable IT solutions, providing access to high-quality equipment and education in the developing world. Since their inception, Computer Aid has brought access to technology to over 14.5 million people worldwide.

In 2009, Dominic was named Britain's second most influential businessperson under the age of 30 in The Sunday Times' "Top 30 power players under 30".

How to book Dominic McVey for your event