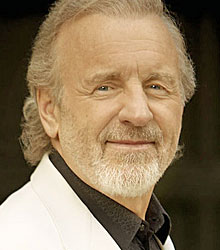 In 1972 Colm Wilkinson was cast as Judas in the Dublin production of Jesus Christ Superstar; a role he went on to reprise in London and the British national tour.   Wilkinson sang the part of Ché Guevara on the concept album for Evita. Instead of auditioning for the role when the production was launched, he launched a solo career as a singer-songwriter. By 1977, Wilkinson released his album, which charted in the Irish Charts for eight weeks at Number 1. After his successful solo LP, Colm Wilkinson represented Ireland in the Eurovision Song Contest 1978, earning 5th place in the competition for his efforts.  Colm starred in Voices, a musical based on the life of Joan of Arc, which went on stage in 1984. The shows music and lyrics were written by Tommy "TC" Doherty with the single 'Child of Destiny' being released at the time and now available on iTunes. In 1985, he collaborated with Andrew Lloyd Webber once again, originating the role of the Phantom in The Phantom of the Opera at the Sydmonton festival.   The London production of Les Misérables opened in October 1985, and transferred to Broadway in March 1987. Originally, the American Actors' Equity Association refused to allow him to play Valjean in New York, due to their policy of hiring only American actors. At this the producer refused to open the show unless Wilkinson was cast, causing AAEA to relent. Wilkinson won the Helen Hayes Award, the Outer Critics Circle Award, and the Theatre World Award for his performance. He was nominated for the Tony Award and Drama Desk Award for Best Actor in a Musical.   In 1989 Colm relocated to Toronto to play the title role in the original Toronto production of The Phantom of the Opera which he starred in for four and a half years, giving almost 1700 performances and he has lived in Toronto ever since.   He participated in U.S. Senator Ted Kennedy's birthday celebration in Washington in 2009. The highlight of the evening was when President Barack Obama arrived on the stage and together with all the performers sang "Happy Birthday" to Kennedy.   A solo album was released in January 2010 titled "Broadway and Beyond: The Concert Songs". His previous album was released in 2002, titled "Some of My Best Friends Are Songs". In it he and his son Aaron Wilkinson cover the Cat Stevens song, "Father and Son". The album “Broadway and Beyond: The Concert Songs” is an eclectic mix of show tunes, his personal favorites and several songs from his stage productions. Colm Wilkinson right on the heels of Les Misérables, brought positive reviews from fans and critics, with readers adding his name to their lists of "the five greatest singers ever", in Rolling Stone Magazine.  Wilkinson was a special guest at the 25th Anniversary Concerts of Les Miserables, at the O2 Arena, alongside many other original cast members. He performed as part of a 'Valjean Quartet'; alongside Alfie Boe, John Owen-Jones and Simon Bowman. This was recorded as a single and performed live at the London Palladium; during the Royal Variety Performance 2010.  A year later he appeared - alongside a number of former Phantoms - at the 25th Anniversary Celebration of The Phantom of the Opera, at The Royal Albert Hall.  He is a Founding Artist of Theatre 20, a musical theatre company in Toront. Other Founding Artists include Susan Gilmour, Louise Pitre, Ma-Anne Dionisio, Tamara Bernier Evans and Adam Brazier.

Clients often ask about purchasing books for giveaways and delegate packs. Below you’ll find a selection of products by Colm Wilkinson. Click the images to view on Amazon's website. For bulk orders, please speak with your Booking Agent.

How to book Colm Wilkinson for your event