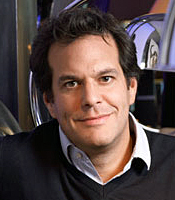 Brent Hoberman co-founded lastminute.com in April 1998, with Martha Lane Fox, in the living room of his London flat three years after having drafted the initial idea. Brent was 29 and Martha was just 25. Brent was CEO since the inception of the company. Lastminute.com offers consumers airline tickets, car hire, hotel rooms, package holidays, entertainment tickets, restaurant reservations, home delivery, speciality services, gifts and auctions. Brent's initial vision remains unchanged - 'to delight customers with great value, inspiration and solutions when they are going away, going out or staying in.'

Lastminute.com remains one of Europe's leading ecommerce companies – and is one of the only start-up brands in Europe to regularly feature in the top 10 ecommerce sites in many European geographies. The company floated in March 2000 when the dotcom bubble was at its peak - the IPO was 40 times oversubscribed and the price increase during the process was a record for a UK company. Lastminute.com acquired 14 businesses after the IPO to supplement the annual growth of the core brand which was over 100% from 1998 – 2004. Ten years on the company is the number one travel website in Europe and was acquired by Travelocity Europe for $1.1 billion, a division of Sabre Holdings Corporation on 20th July 2005. The most recent estimates for gross bookings in 2005 were over $2.1 billion.

Brent's leading industry role was recognised by several organisations – these include: Time Magazines Top 25 European digital leaders, Revolution's Internet Person of the Year and the Institute of Travel Tourism (ITT) Travel Business Person of the Year.

Brent remained CEO of lastminute.com through 2005, until April 2006 when he handed over the CEO position to Ian McCaig and took the position of Chairman and Chief Strategy Officer of lastminute.com. Brent's entrepreneurial vision ensured the lastminute.com customer experience was continually enhanced by the latest innovations in technology.

Brent Hoberman most recently founded another VC-backed internet startup, mydeco, which was founded in February 2007 - the online furniture site that intends to revolutionise the way we shop and design for our homes, encouraging consumers to spend, socialise and play house all at the same time.

Brent is a Governor of the University of the Arts College, London and a Non-Executive Board Director of Guardian Media Group. From January 2007 he took on the role of Non-Executive Chairman of wayn.com – a travel and leisure social network with over 10 million members, in December 2009, he stepped down from the board of wayn.com. He is also an angel investor in several internet companies including Viagogo, erepublik, Wayn.com and academia.edu.
In 2009, Brent was selected as one of the World Economic Forum's Young Global Leaders for the UK.

In July 2009, Brent Hoberman joined The Business Council for Britain. He also co-hosts the European Founders Forum – a selection of European digital leaders. Brent was born in South Africa, educated at Eton and holds a MA in French and German literature from Oxford.

How to book Brent Hoberman for your event