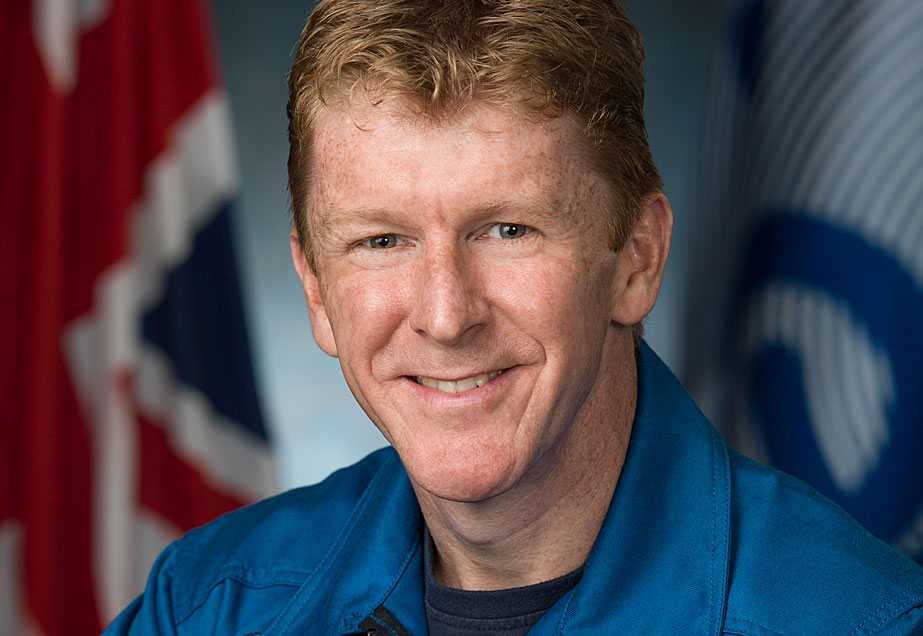 Exactly four months later, on October 17th, we had the privilege of working with Tim as part of the Edinburgh International Science Festival, in a joint initiative between ESA, the UK Space Agency and the Festival.

He appeared in front of a sold-out audience of over 2,000 people at Usher Hall for Experiments in Space, alongside crewmate and NASA astronaut Tim Kopra, during an evening hosted by renown space journalist and presenter Sarah Cruddas. 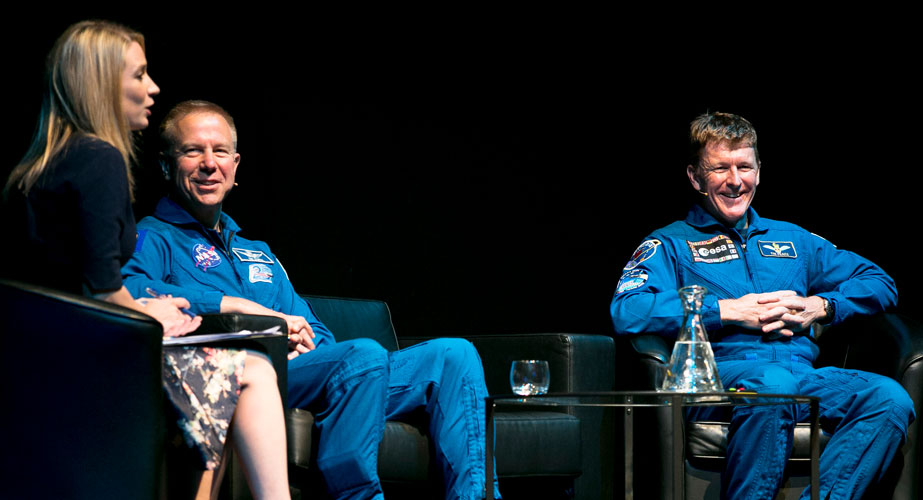 Tim Peake was the first British astronaut to visit the ISS, and whilst there took part in over 250 scientific experiments. This, together with his Army background, the rigorous training he went through to become an astronaut and the unique experiences he encountered whilst orbiting 248 miles (400 kilometers) above Earth, gave him the potential to become a highly sought-after motivational speaker.

However, as an employee of ESA Tim was restricted, understandably, from undertaking any commercial activities that weren't part of his employment. And so the prospect, back in 2016, of NMP Live booking him as a public speaker any time soon — despite the huge demand — was simply not an option.

Then, in the summer of 2019, we were 'over-the-moon' to be told that he will be taking a two-year unpaid sabbatical from ESA, effective October 1st, and able to accept speaking opportunites and make personal appearances.

A champion for science and innovation and an ambassador for STEM (Science, Technology, Engineering and Mathematics), Tim Peake is passionate about inspiring the next generation of scientists, engineers and explorers.

His years as a British Army officer, test pilot and astronaut give him a unique insight into leadership, risk management, motivation, collaboration and teamwork as a prerequisite for mission success... and the safe return to Earth.

Whether he’s giving a fun, fascinating and informal after dinner speech, or delivering a serious conference keynote, Tim Peake draws on his own unique and literally 'out-of-this-world' experiences to inspire audiences with his recipe for mission success and Peak(e) performance.

Tim Peake is available for speaking engagements via NMP Live. Please speak with your booking agent to discuss your next event and check Tim's availability, or click here to view his profile.