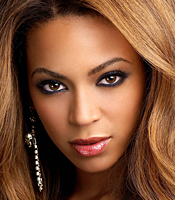 Book Beyonce
add to shortlist
About

Beyonce Knowles is one of the many impressionable artists of the new millennium, but an individual in her own right. She's praised for her wildly inventive presentations.

in music and film, and respected for her down-to-earth persona. With her grace, beauty, charm, and gift for entertaining, Knowles has become a star and an American icon.

Born in Houston in the fall of 1981, Beyonce Knowles started performing at age seven. From dance classes to singing in the church choir, Knowles was a natural. She and cousin Kelly Rowland met Latavia Roberson during this time, and the trio formed a group with Letoya Luckett. Mathew Knowles, Beyoncé's father and Rowland's legal guardian, signed on to be the girls' manager. This situation would ultimately lead to the formation of one of the greatest female R&B groups of all time - Destiny's Child.

Destiny's Child made its debut 1990 and within ten years, the vocal act had experienced personal and political highs and lows that fueled the group's desire to make it big. Destiny's Child sold 33 million albums worldwide by 2002 and earned a slew of Grammys and additional music awards. 'Jumpin' Jumpin'', 'Bills, Bills, Bills', 'Say My Name', and 'Survivor' were smash hits, and the group appeared unstoppable. In 2001, Knowles, Rowland, and Michelle Williams allowed themselves a break from the singing group and tried their hands at individual solo careers. Before landing several movie roles.

Beyonce Knowles became the first African-American female artist and second woman ever to win the annual ASCAP Pop Songwriter of the Year Award. An appearance in the MTV drama Carmen: A Hip Hopera quickly followed, but it was her role as Foxxy Cleopatra in Austin Powers in Goldmember in 2002 that eventually moved Knowles from the stage to the screen. Her first single, 'Work It Out', coincided with the release of the Mike Myers comedy and cemented Knowles' celebrity status. A guest spot on Jay-Z's '03 Bonnie & Clyde' was equally popular when it appeared in October.

In 2003, Beyonce shed her last name and rejoined Jay-Z for her proper debut single, the funkadelic 'Crazy in Love', as the press and fans christened her a bona fide star. Beyoncé Knowles' debut album, Dangerously in Love, which appeared in June 2003, featured collaborations with Sean Paul, Missy Elliott, and OutKast's Big Boi.

How to book Beyonce for your event