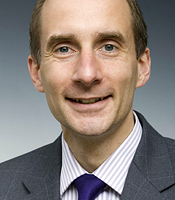 Before entering politics, Lord Andrew Adonis was an academic and journalist whose work focused on constitutional analysis. He was Public Policy Editor at the Financial Times prior to entering politics and becoming an instrumental figure in Tony Blair's government and his key advisor on domestic policy.

Born in London, 1963, after completing his schooling Andrew gained admittance to Keble College, Oxford, where he graduated with a First Class Bachelor of Arts in Modern History. He subsequently completed a Doctor of Philosophy on the British aristocracy of the late 19th century at Christ Church, before being appointed to a Fellowship in History and Politics at Nuffield College.

He became a journalist at the Financial Times (1991-96) before moving to the Observer as a political columnist. Andrew then joined Tony Blair's Number 10 policy staff in 1998, first as education adviser then, after 2001, as Head of the Policy Unit.

Following his elevation to the House of Lords in 2005, Lord Adonis became Minister of State for Education (2005-08), where he was instrumental in the expansion of academies, which led to the creation of 400 independent state schools; greater independence for schools and Local Education Authorities from the State, and tuition fees.

He is also a Trustee of Teach First, the charity which recruits graduates to teach in state schools, a Trustee of the vocational education charity Edge, and a Governor of the Baker-Dearing Trust, which supports the establishment of University Technical Colleges, technical schools for 14 to 18 year-olds. His book on education reform – 'Education, Education, Education' – was published in 2012.

Lord Adonis remained in that Ministerial role when Gordon Brown became Prime Minister in 2007, before moving to the Department of Transport in 2008, starting as Minister of State, and then being promoted to Transport Secretary (2009-2010). During his tenure, he spearheaded the initiative to develop HS2 - the new high-speed rail lines between London, Northern England and Scotland which has now been adopted and taken forward, largely unchanged, by the coalition government.

Lord Andrew Adonis is currently the Director of the Institute for Government, an independent charity that promotes government effectiveness, and a Fellow of Nuffield College, Oxford. He has worked for a number of think tanks, is a board member of Policy Network and is the author or co-author of several books, including several studies of the British class system, political reform, the rise and fall of the Community Charge, and the Victorian House of Lords.

Clients often ask about purchasing books for giveaways and delegate packs. Below you’ll find a selection of products by Rt Hon Lord Andrew Adonis. Click the images to view on Amazon's website. For bulk orders, please speak with your Booking Agent.

How to book Rt Hon Lord Andrew Adonis for your event