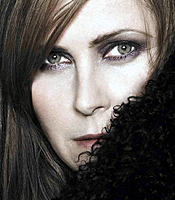 Her most recent Top 10 album, 'Voice', released to great acclaim in September 2004, was produced by Academy Award winner Anne Dudley, and quickly earned gold status in the UK eventually selling over a quarter of a million copies.

As a headlining act, Alison Moyet is available for both corporate and private engagements.

How to book Alison Moyet for your event