Book Will Gompertz add to shortlist 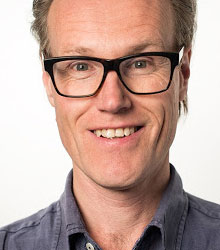 Book Will Gompertz
add to shortlist
About

Will Gompertz is a respected broadcaster and commentator on The Arts. In 2021, he was appointed to the Barbican Centre’s newly created role Director of Arts and Learning, prior to which he was the first appointed BBC Arts Editor for 11 years between 2009-2021.

Voted one of the World's Top 50 Creative Thinkers by New York's Creativity Magazine, Will was previously a Director of The Tate Gallery for 7 years until 2009, where he was responsible for Tate Online - the UK's most popular art website, where he worked with an extraordinary team of dedicated editors and programmers who won numerous awards including a BAFTA and a Webby.

During his tenure in these internationally renowned media and cultural organisations, Will brought a focus on driving innovation and change, opening up the arts to the widest public with dynamic and strategic leadership.

Whilst at the Tate, he set up a TV production unit, making arts programmes for Channel 4 and ITV and finalised a movie deal with Aardman Animation shortly before leaving. He also created Tate Etc, the UK's highest-circulation art magazine.

Will Gompertz began his life in the arts just below the bottom rung of the ladder as an 18-year-old shop assistant in Our Price Records. This was followed by stints as a holiday camp entertainer (at the same place where Hi-De-Hi was filmed), as a stagehand at Sadler's Wells theatre and as a runner for a television production company.

In his early twenties, Will co-founded “Shots”, a global magazine/DVD covering short films, pop promos and commercials (which he eventually sold and is now owned by Emap). And for the past 25+ years he has published, edited and written about the arts for a range of publications including the Times and the Guardian.

In the summer of 2009, Will wrote and performed a one-man show at the Edinburgh Fringe called Double Art History, a light-hearted lecture on the story of modern art. The show was a sell-out; but, as his friends were quick to point out, it was a very small venue!

Will has advised many arts and media organisations and was a board member of the National Campaign for the Arts. His first book, What are you Looking At? 50 Years of Modern Art in the Blink of an Eye was published by Penguin in 2012. His second, Think Like an Artist: Imaginative Ways to a More Creative and Productive Life was released in July 2015 — it is a witty and inspiring read, identifying ten lessons to be learned from the greatest artists across history, to give us tools to unlock creativity and thrive at work and in our personal lives.

Will Gompertz is the best teacher you never had.

Will Gompertz is a natural communicator whose passion for art is expressed with wit and verve.

Clients often ask about purchasing books for giveaways and delegate packs. Below you’ll find a selection of products by Will Gompertz. Click the images to view on Amazon's website. For bulk orders, please speak with your Booking Agent.

How to book Will Gompertz for your event

Tags for Will Gompertz