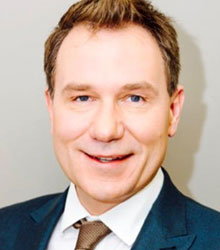 A firmly established favourite on British TV screens, presenter Richard Arnold bowed out of the nation's popular breakfast station GMTV in September 2010 after 13 years - only to return to ITV1 by popular demand in June 2012 as the morning show's new Entertainment Editor, presenting daily on Daybreak as part of the show's ongoing revamp. He was also a much-loved celebrity contestant on Strictly Come Dancing 2012.

A veteran of live TV, talented scribe, presenter and broadcaster, Richard's career continued to blossom away from morning TV during his brief hiatus from the sofa. He presented his own talk show on UK radio station LBC 97.3FM, was the online talent for I'm A Celebrity 2010 and Coronation Street's 50th anniversary as well as taking part in ITV1's arctic celebrity challenge, 71 Degrees North.

Richard also took part in BBC1's Celebrity Mastermind and remains the UK Showbiz Correspondent for Channel 7's top rated Sunrise breakfast show in Australia. During his long tenure on GMTV, Richard hosted The Richard Arnold Show every Friday for two seasons, anchored the channel's coverage of I'm A Celebrity 2009 and alongside his co-presenter Kate Garraway, he danced his way to the final of 2010's Let's Dance For Sports Relief on BBC1's hit show watched by over 8 million viewers after winning the public vote in their heat.
His other star turns include The Paul O'Grady Show, Stars In Their Eyes, Stephen Mulhern's ITV1 celebrity hijacking show Anonymous and Celebrity Are You Smarter Than A Ten Year Old on Sky One, the highest rated ‘Celebrity' edition of the show, on which Richard won £100,000 for his chosen charity.

Richard Arnold can also be seen as the host of Challenge TV's biggest hit to date, quiz show Take It Or Leave It from the makers of Deal Or No Deal and he also presented on UK TV's Great Food Live. Fuelling his passion for food further, Richard was a finalist in the first celebrity series of Masterchef on BBC1.

Away from the screen, Richard writes a weekly column for Hello! magazine and Woman's Own. He is a regular guest columnist for The People and The Sun newspapers and has been an established print journalist for nearly 20 years, beginning his career as a member of the launch team of phenomenally successful Inside Soap magazine before leaving in 1995 to pursue a freelance career. He has regularly contributed to numerous titles – The Daily Express, The Daily Mail, Closer magazine, TV Quick and TV Choice.

Since then Richard has notched up countless hours of live broadcasting. From 1997 he presented his own daily three-hour music and lifestyle show on London's Liberty Radio for four years - a show that bucked the traditional breakfast trend to become the station's top-rated programme. He was also a regular pundit for BBC Radio Five Live and BBC Radio Scotland for more than five years.

Richard has continued to add to his list of ‘acting' roles starring ‘As Himself' in ITV1's Rock Rivals, previously he has appeared in BBC1's Hustle, alongside Max Beesley in ITV1 drama Is This Love?, Footballers Wives and Channel 4's acclaimed drama Shameless.

How to book Richard Arnold for your event