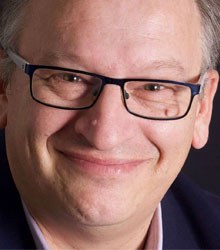 PY (Pierre Yves) Gerbeau is a highly respected and successful serial entrepreneur. After accomplishing nine successful turnarounds he created a £600m property portfolio as CEO of X-Leisure (the owner of venues including the Xscape indoor ski slopes and Brighton Marina), before overseeing the sale to Land Securities in 2013.

Honing his skills at Disneyland Paris, where he served as Vice President of Park Operations and Attractions from 1994-1998, PY was credited with turning it into Europe¹s biggest visitor attraction, after its difficult start in the 1990s as Euro Disney.

Michael Eisner, then CEO of The Walt Disney Company, recommended PY to Tony Blair and he was subsequently appointed Chief Executive of London’s Millennium Dome (now the O2 Arena) in February 2000. With struggling visitor numbers, negative publicity and major financial problems, PY turned it around, resulting in visitor numbers of over 6 million, successfully reviving the company¹s fortunes.

In 2019, PY Gerbeau embarked on a new venture, as CEO of London Resort Company Holdings, a proposed multi-billion entertainment park in Kent, in conjunction with Paramount Pictures, the BBC and ITV.

PY serves as the Visiting Professor of Entrepreneurship and Corporate Rescue at London Business School and Imperial College. He has been voted Personality of the Year by his leisure industry peers, holds an MBA from one of France's leading business schools and frequently appears in the media as one of the most famous Frenchmen to have chosen to live in London.

Outside the boardroom PY is a scratch golfer and a former Captain of the French Olympic Ice Hockey team. In his spare time, he loves to play golf.

In his keynote presentations, PY explains how the prevailing economic climate requires each and every tier of management to be agile, accountable and better at balancing risk.

Decisions must be firm and consistent not based on a popularity contest. And at a time when even established brands can be destroyed in an instant, managers must ensure that the organisation's values are understood and upheld by everyone.

Above all, they should lead by example.

The most motivational corporate speech we have ever heard.

How to book PY Gerbeau for your event