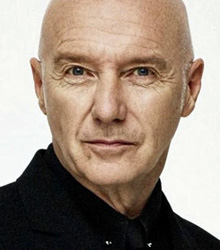 An artist who has received Ivor Novello and Grammy awards, organised the world’s largest global music concert, and has a flotilla of gold and platinum records, really needs very little introduction.

November 25, 1984 was a historic day for Midge Ure and all of pop music, as 36 artists by the collective name Band Aid gathered at SARM Studios in West London under Midge's production.

They recorded "Do They Know It's Christmas?", a song he had just written with Bob Geldof as the industry's heartfelt and eloquent contribution to Ethiopian famine relief. 600,000 copies sold in its first week in the UK alone was only the beginning: 800,000 more were bought in the second week, more than three million worldwide, and the unstoppable emotion engendered by the project led to Live Aid, the summer 1985 global concert that, all exaggeration aside, spoke for a generation.

Within months, a staggering £8 million had been raised for the starving in Africa, and Geldof said that without Midge Ure's initial enthusiasm for the idea, not to mention his rapidly penned sketch for the single, neither Band Aid nor Live Aid could have happened.

Just two months after Live Aid, Midge was back at No.1 in Britain, this time under his own name, with If I Was, and by autumn 1985 he had a No.2 solo album to accompany it, The Gift. In 1993, that chart-topper was to lend itself to the retrospective album If I Was: The Very Best of Midge Ure and Ultravox. To support its release, Midge undertook the 22-date 'Out Alone' tour of Britain, armed only with a couple of guitars and a keyboard.

Soon after Midge was busy producing and writing with and for various artists, both established and unsigned, at his studio in Bath, and writing music for films. Other duties included the 'Music for Montserrat' benefit at the Royal Albert Hall alongside Sir Paul McCartney, Elton John and Eric Clapton, and a performance for the launch of the Hard Rock Hotel in Bali.

Midge Ure organised the Live 8 concerts in 2005, again with Sir Bob Geldof, with the aim of pressuring the G8 leaders into following his recipe for ending world poverty. Also in 2005, Midge was made an Officer of the Order of the British Empire (OBE) for services to music and charity.

Covering four decades in the music industry, in his motivational after dinner speeches Midge Ure talks candidly about his amazing career; from Ultravox to his solo work, and of course not forgetting what Live Aid and the Live 8 concerts mean to him; where Midge explains how the musicians aimed to convince the eight world leaders to focus on fighting poverty in the third world.

A charismatic, humble and affable personality, Midge Ure speaks emotionally, passionately and openly in his moving presentations. He is also a fantastic storyteller, leaving audiences well and truly inspired and entertained.

Midge Ure was fantastic - his speech fitted in so well with our whole ethos. He was really inspirational. He was really genuine and humble. The parents and students loved him.

Midge was a wonderful success at our All Staff Conference. He captivated the audience: both the staff who knew him from his commercial music and his charitable musical successes and those who were really learning about his life for the first time. His delivery was absolutely designed for his audience and he was rated very highly in the conference evaluations. I have no hesitation in giving him the highest possible recommendation.

Clients often ask about purchasing books for giveaways and delegate packs. Below you’ll find a selection of products by Midge Ure OBE. Click the images to view on Amazon's website. For bulk orders, please speak with your Booking Agent.

How to book Midge Ure OBE for your event